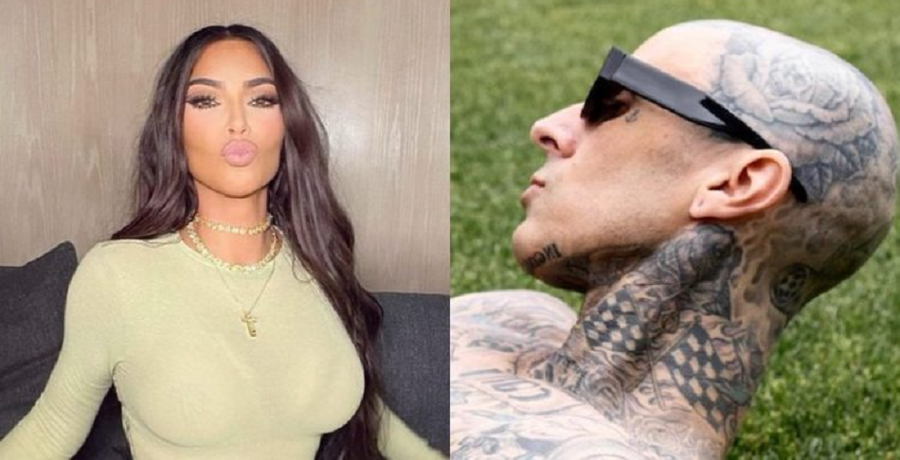 Kim Kardashian used to hook up with Travis Barker, according to his ex-wife Shanna Moakler. She’s been speaking out a lot more since he started dating Kim’s older sister, Kourtney Kardashian. Last week, Shanna removed a tattoo that reminded her of the Blink-182 drummer. She also claims that Kourtney and Travis are bullying her on social media.

Now, there are claims about Kim making headlines. Shanna thinks that Kim and Travis hooked up long before he dated Kourtney. She accused him in an alleged text message that went viral on social media. The rumor recently made headlines, leading fans to wonder if Shanna’s claims are true.

Travis Barker had an affair with Kim Kardashian

Shanna Moakler claimed that Travis Barker cheated on her with Kim Kardashian. After the couple split in 2006, the Playboy model revealed on their reality show, Meet the Barkers that reality TV “destroyed” their marriage. Shanna shared the details in her ex-husband’s autobiography, Can I Say, via Radar Online. The cameras forged a wedge between them.

“I think he was afraid he was going to be looked on as a reality star,” Shanna explained. “So when the cameras stopped rolling, he distanced himself from me in every way that he could possibly could.”

Initially, the beauty queen claimed that reality TV was the curse of their marriage. Now, Shann is saying that infidelity was the real reason behind their split. On Friday, May 14, their daughter, Alabama Luella Barker, took to her Instagram Stories to blast her mom for being “absent.” She followed up with a screenshot of a DM that Shanna allegedly wrote.

In the message, Shanna claims that Travis was “emotionally abusive” and cheated on her with Kim Kardashian while they were still married. “I divorced Travis because I caught him having an affair with Kim!” the message read. “Now he’s in love with her sister… It’s all gross… I’m not the bad guy!”

Kim Kardashian and Travis Barker never had an affair, an insider told Page Six on Monday, May 17. This would have been big news in pop culture if it were true. But it turns out that the two never hooked up or dated.

“Travis and Kim never had a romantic relationship,” the insider close to the SKIMS founder told Page Six. “They were friends who met through Paris Hilton and that is also how Kourtney and Travis were introduced.”

A second source said that Shanna is “spreading lies” and “dragging” Kim into the ongoing drama. The insider slammed her for being a “bitter” ex-wife since Travis is happy with Kourtney. They also wished her well and hopes that Shanna can find that same happiness in her life.

Travis always had a crush on Kourtney, even when they first met in the early 2000s. Now, he’s found his dream girl, he doesn’t want to let her go. Over time, the two became friends and are now giving their relationship a try. An insider told E! News in March 2021 that Kourtney is “really happy” with Travis and is happy with their ever-growing love.