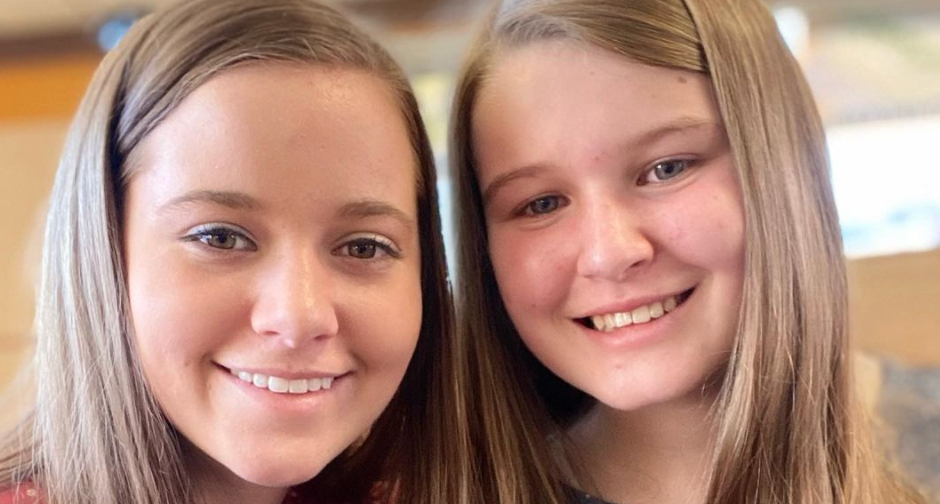 In the Duggar family, there’s always news to share. Whether someone is courting, planning a wedding, or pregnant, fans are excited to hear what’s going on. While there are a couple of pregnant Duggars, no one has announced a courtship recently. Things have been pretty silent, except for the news of Josh Duggar’s arrest a few weeks ago. The headlines have been focusing on his arrest since. Now, it’s looking like someone else might be stepping into the spotlight. It seems like Johannah Duggar might be in a courtship (or she’s at least thinking about it.)

Johannah Duggar may be courting – here’s why

On Reddit, Duggar critics are discussing the possibility of Johannah courting a guy named Carver Bowers. Apparently, she’s been seen with him several times. This potential courtship has been discussed in several online forums. One Reddit user writes, “I saw someone on FSU [Fundie Snark Uncensored] talking about how Johannah was supposedly pre-courting some kid named Carver?”

Johannah is 15 years old. When the kids court, they are dating with the intent to marry. They don’t “date around.”  So, if Johannah is courting, it would be pretty serious.

While the Duggar kids tend to get married young, they don’t get married THAT young. Justin recently got married at 18 years old and started courting when he was 17.

Others are weighing in in response to the initial post. One writes, “She’s a child. She should be going to school, not setting up a wedding registry.” Another user points out that Johannah will turn 16 in October, while Carver will turn 20 in October.

It’s possible that Carver and Johannah are pre-courting. This isn’t something the Duggars have spoken about publicly before though. A few of the Bates kids have pre-courted for a couple of years prior to courting. So, they took their time getting to know each other before deciding whether to court. Maybe Carver and Johannah are doing this. Or they could simply be friends.

Of course, none of this has been confirmed by the Duggar family. They seem to be keeping quiet following Josh’s arrest. So, it’s unlikely they will comment on this.

So, do you think Johannah Duggar might be in the beginning stages of a courtship? Or do you think the two are just friends? Let us know in the comments.

For more updates on the Counting On family, check back with TV Shows Ace.