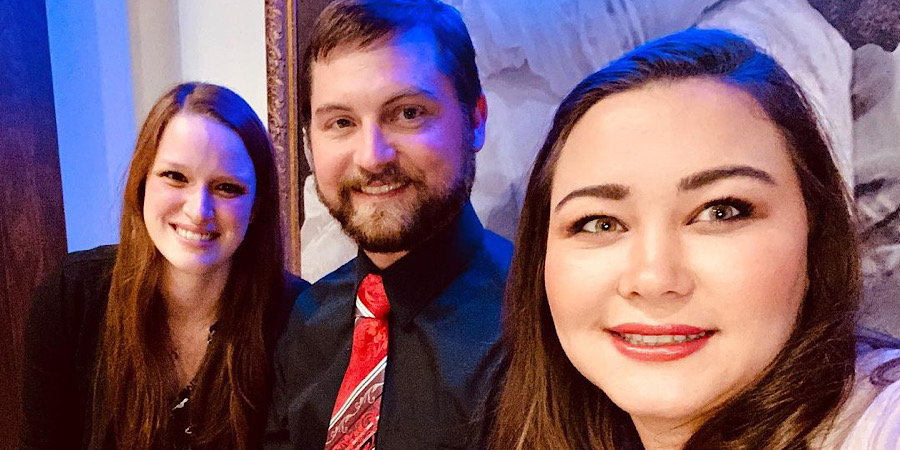 Fans seem to have taken to the Winders this season on Seeking Sister Wife. Despite Colton being dry and unanimated, his marriage to Tami and Sophie is genuine. When seeking a third wife, it is about God not about intimacy. However, a connection does need to be there. When they decided to actively pursue Kimberley Greene from North Carolina, it took a while to get her to Utah. After much time, she arrived in last week’s episode. Viewers were stunned at her casual appearance. Now, Greene is speaking out as to why she was dressed down and not dressed up.

Is the Time Right For The Winders To Be Seeking Sister Wife?

Last season, the Winders had started looking for a third wife yet they still had not come out as a plural family. Colton was legally married to Tami and they had a daughter, Sadie. Second wife Sophie lived in a separate house. The family had yet to fully and truly come together but they were in the marriage for the right reasons. Fast forward to Season 3. They had moved into one home and Sophie was pregnant with her first child. She and Tami had found a common ground and were connecting.

The biggest issue was Tami’s fertility issues. She desperately wanted to have more children but she struggled. Wanting to be happy for Sophie, she threw her a baby shower and tried to impart advice and wisdom. Sadly, she would continue to miscarry. Wanting to keep their family growing, the Winders were pursuing Kimberley. She lived in North Carolina and they had asked her to come to visit. Unfortunately, COVID derailed her plans so they put it on hold until after Sophie gave birth.

A few months after Ephraim arrived, Sophie and Tami approached Colton about asking Kimberley to come to visit again. He was not sure if the family could handle it at the time. They had a new baby and that was a big adjustment. But, he said it was up to God and if it was his will, then it was right. So, Kimberley agreed to come to town. When they opened the door after her long day of traveling, fans were shocked she looked messy.

Why Kimberley Did Not Dress Up

She showed up in a baseball cap and super casual. One viewer on Twitter said this: “Kimberley bust on the scene looking like a truck driver.” According to Kimberley, there was a reason for her chill attire. In a Reddit feed, she addressed her outfit and started with the cap. She said she chose it for a personal reason that only she and the Winders know about for now.

Her clothing is not glitz because she admits there aren’t many places to shop where she lives. Additionally, she has been speaking with the family for nearly three years now. Therefore, she did not feel the need to be anything but herself. Her personality is what she feels shines and that was what she was using.

More of their meeting will be shown on upcoming episodes. Do you think there will be a spark between Kimberley and the Winders? Let us know in the comments and watch Seeking Sister Wife Mondays on TLC and discovery+.