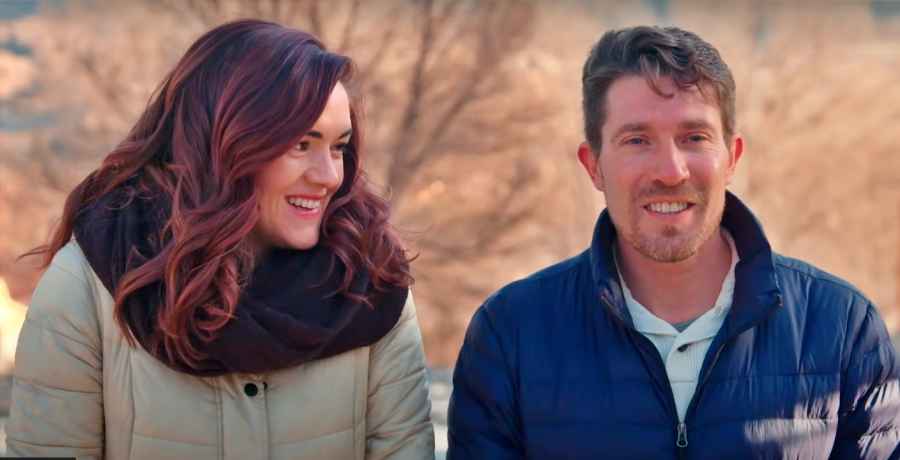 Seeking Sister Wife fans are totally over Garrick Merrifield as they watch how he treats his now ex-wife, Dannielle. Garrick had said from the start that God had told him to enter a plural marriage several years ago. However, his actions with his first wife do not reflect his religious ideology. Now Garrick is legally free to marry their sister wife, Roberta, so she can get a K-1 visa. It looks like Dannielle will lose out in the plural marriage.

After Dannielle and Garrick got divorced, they traveled to Mexico to meet up and spend more time with Roberta. However, while on vacation, Dannielle was left to sleep alone, while Garrick shared a room with the Brazilian beauty. They reportedly did this so that they could get intimate and could learn more about one another. However, all along, Roberta did refer to Dannielle as her “sister.”

At one stage, Roberta knew Dannielle would find it difficult to sleep alone, so she got her to share the bed with her and Garrick. Meanwhile, when Dannielle went to get her things from her own room Roberta and Garrick were quick to get intimate. Garrick obviously enjoyed the situation, but Roberta couldn’t keep her mouth shut. On the latest episode of Seeking Sister Wife, she told Dannielle what had happened. While Dannielle did act like she was fine with this, she looked pretty sickened by the news. When she shared the same bed with them after they had been intimate, she became even more upset.

Since Garrick and Roberta started their wedding plans, fans have noticed he barely acknowledges Dannielle’s presence. While this is supposed to be the joining together of the three of them as a family, it is Garrick’s wedding to Roberta. He clearly wants to make his new wife happy as they marry, so she can get her K-1 visa.

Seeking Sister Wife fans have quickly noticed that Garrick currently shares only photos of himself and Roberta to his Facebook. He also has images of his Brazilian bride with his children.

Meanwhile, checking Dannielle’s Facebook reveals no images of Garrick. On the other hand, on Instagram, Garrick has no posts and he doesn’t follow Dannielle. However, Dannielle does follow him on the social media site.

Looking at Garrick’s limited following, he keeps up with posts by celebrities like Lady Gaga, Kim Kardashian, Snoop Dogg, Kendall Jenner and Chris Pratt. As noted by The Overtimer, fans believe he should be following his first wife, Dannielle, as she follows him. Meanwhile, Seeking Sister Wives fans are truly concerned for Dannielle. Since Garrick and Roberta started planning their marriage, she seems to be left in the dust.

Keep up with Seeking Sister Wives on TLC and discovery+ on Mondays.