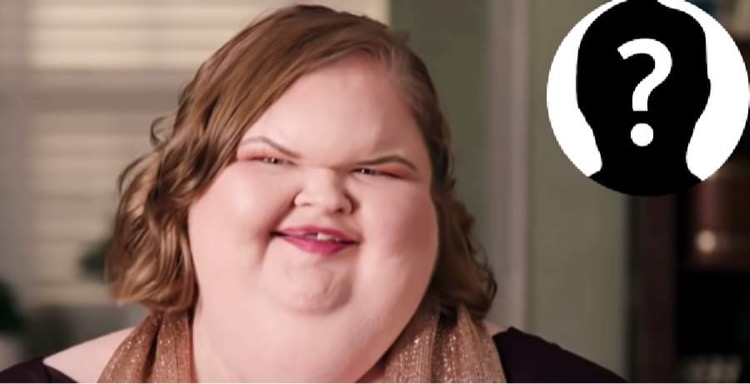 Now, 1000-Lb. Sisters fans were not fans of Jerry Sykes. Most felt he was only with Tammy for the clout that came from being her boyfriend. After all, he got to be on a TV show a handful of times. Fans also assume he got a decent paycheck for his appearances on the show. There were a lot of real questions regarding if Jerry Sykes ever loved Tammy Slaton at all.

During the Season 2 Finale, the reality TV star revealed she had Jerry Sykes had decided to split up. She didn’t offer any details. And, she asked people to give her the space she needed to heal from the broken relationship. Fans were not bothered by the break-up as they didn’t really care for Jerry. In fact, fans didn’t think now was the time for Tammy to be in a relationship anyway.

Many 1000-Lb. Sisters fans encourage Tammy to focus on losing weight and give up the search for love right now. This isn’t that fans don’t want to see Tammy happy… They just think her priorities are a bit out of whack.

Turns out, Tammy Slaton is no longer down in the dumps about losing Jerry Sykes. In fact, it seems as if she’s replaced him. Does she have a new man in her life? Those who follow her on TikTok know she’s been doing a HEAVY amount of flirting with a man who is a self-proclaimed lover of big beautiful women. Noticeably, fans have mixed feelings about this new relationship.

Mostly, fans take issue with her seeking out a man that likes her because of her size. They worry it is a way for her to validate staying at her current weight and not making an effort to drop the pounds. That being said, fans do like the idea of Tammy being with someone other than Jerry Sykes.

The question is: who is this mystery man in Tammy Slaton’s life? What do we know about him? Keep reading, we’ll share what we know.

In a separate video, he noted he didn’t have to clout chase. He was doing pretty well on his own.

A quick scroll through his profile reveals Tammy Slaton is exceptionally appealing to him. He makes it clear on his profile he’s only interested in getting with women that weigh over 300 pounds. He notes the bigger the better.

Tammy Slaton is obsessed, but do fans approve?

Tammy has made a lot of videos dedicated to this man. For starters, she noted she’s addicted to him. The two have flirty banter in the comments of both of their Instagram videos. Fans, however, are not necessarily here for this relationship. They worry this won’t be any better of a man for her than Jerry Sykes. Is this a relationship that will just encourage her to hold on to her pounds? 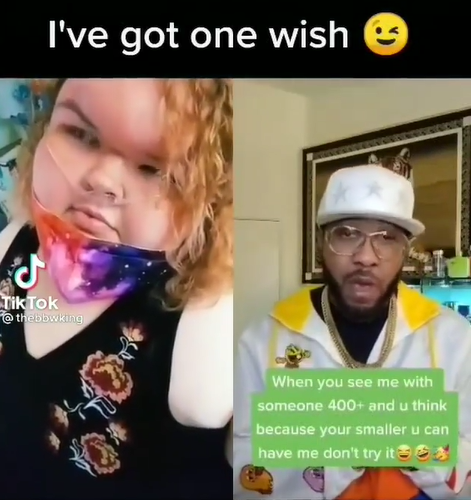 Unfortunately, we don’t actually know this mystery man’s name. But, Tammy Slaton seems to be smitten with him. The question is simple: what do you think of this budding romance? Share your thoughts with us in the comments.