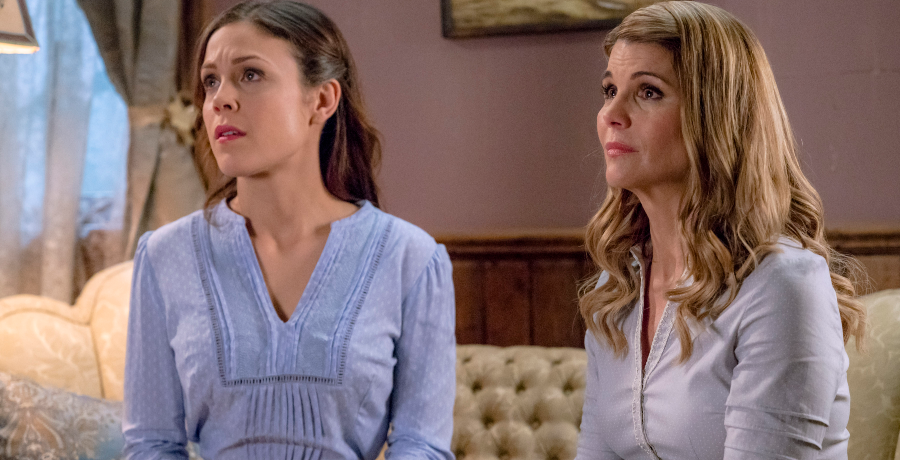 When Calls The Heart alum Lori Loughlin just got her passport back. Does this automatically mean that she has the all-clear to return to Canada and start filming the Hallmark show, assuming that they want her back?

Well, it is a bit more complicated.

Lori Loughlin Got Her Passport Back, Could She Return to WCTH?

Recently, When Calls The Heart star Lori Loughlin got her passport back. She asked for it after she completed her required jail time and community service. Now, Hearties are wondering whether she will be back in Hope Valley for Season 9.

But, they may not be counting on seeing Abigail Stanton just yet. That is because Hallmark fired her. In addition, even if they brought her back, she has a few more obstacles before she returns to the top cable series.

Lori Loughlin Could Be Denied Entry to Canada

As When Calls The Heart films in Canada, could Lori Loughlin return to Vancouver to film a potential Season 9 cameo, or more? Maybe not. According to Newsweek, who spoke to an expert who investigated this possibility, filming in Canada after a conviction could be a challenge.

Back in 2019, they spoke with entertainment lawyer Bryan Sullivan about Lori and Felicity Huffman. Both actresses were indicted in the college admissions case. Sullivan said, “One big issue for actors like Felicity Huffman and Lori Loughlin will be the ability to work in Canada, where a lot of filming occurs, and which has strict laws regarding the entrance of convicted felons into the country.”

Because their cases involved money laundering, this could become an issue.

However, Sullivan did point out that under Canadian law, there is an appeals process. That would include working with an immigration officer. They would have to be able to sign you off as being “rehabilitated.” So, that is very possible.

Already, Loughlin has completed her public service. In addition, she has her passport back. Although, it is not clear if Lori’s two years of post-jail probation would mean that she would have to wait the two full years before Canada would consider opening their doors to the Fuller House star.

Lori Loughlin was approved to get her passport back. https://t.co/1MMmfI4qZP

Alternatives to Filming in Canada

One thing that could certainly happen is that Lori Loughlin’s When Calls The Heart scenes could be filmed in the United States. She could film a series of scenes with Erin Krakow and perhaps others. The storyline could be that Abigail Stanton is back, but perhaps in hiding?

There is a cornucopia of story ideas that could help establish a smaller Season 9 role. She could be in danger. Perhaps she had a secret baby if Hallmark would allow that sort of risque storyline to even play out.

Moreover, her return would make the cast and Hearties alike quite happy. Erin Krakow has led the brigade to bring her back. Lori Loughlin is beloved among fans.

But first, she needs to scale a few obstacles before she can pack her bags.