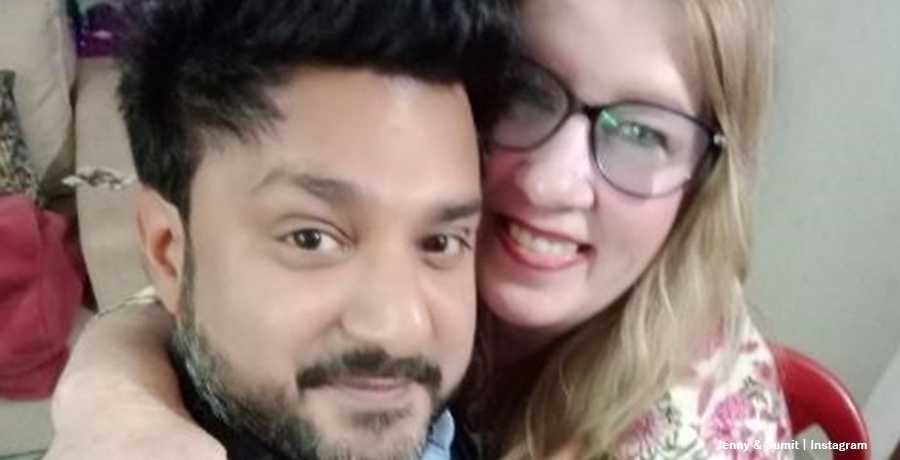 90 Day Fiance’s Jenny & Sumit live in India and they both contracted COVID-19 as the second wave hit the country. The news emerged at the end of April and TLC fans feel very concerned about them. However, on May 5, she and Sumit updated fans on their status. Jenny talked about their treatment and a forthcoming test.

We reported that Jenny contracting the disease seemed very serious as she falls in a high-risk age group. When they fell sick, India already reported “17.6 million COVID-19 cases in India.” Additionally, they also recorded “198k deaths.” Fans worried about Jenny because the risk for her seemed much higher than for younger Sumit. Both of them asked for prayers, but they seemed determined to give their all fighting the virus. They mentioned in their hashtags that they “rest” and they also “stay safe,”

Yahoo carried a story about 90 Day Fiance’s Jenny & Sumit when they fell ill. They noted, “Last year, Jenny spoke about how COVID-19 restrictions, including India’s lockdown…affected her wedding plans.” Well, now India sits under yet another strict lockdown. It certainly seems like fate plays its hand against this popular couple from the TLC franchise. Now the couple reported back on their progress with the virus and they feel a lot better. From what she said, doctors do things a bit differently in India.

90 Day Fiance‘s Jenny & Sumit said in their May 5 post that they feel a lot better. However, they are “not perfectly fine.” Then they said that they still follow “the protocol required.” Additionally, they hope they test “negative” soon. Well, that seems a bit different from the USA. One person pointed out that sometimes the virus gives a positive test result for months after falling ill. One follower, a nurse, said, “I’m a nurse. You can test positive for up to 3 months after having Covid. We don’t retest for this reason. The CDC recommends quarantine for 10 days after testing positive. After that, you are no longer contagious.”

Further down in the comments, another fan asked 90 Day Fiance‘s Jenny & Sumit about their treatment. As they live in India for now, Jenny replied and it might differ from elsewhere She said they took, “doxy, zinc, vitamin c and a lot [of] others.” Well, Doxy stands for Doxycycline, an antibiotic often used in conjunction with Hydroxychloroquine variants for the treatment of malaria.  Jenny and Sumit never mentioned Hydroxychloroquine though.

Many TLC fans hope that the couple keeps mending and they still pray for their full recovery.

Remember to check back with us often for more news about 90 Day Fiance‘s Jenny & Sumit.

Heartbroken ‘Sister Wives’ Fans Rush To Hug Gabe
‘LPBW’ Fans Say Jacob Roloff Is ‘Too Nice’ To ‘Dumb*** Brother’
Caelynn Miller-Keyes Reveals Being Stood Up By Dean Unglert
Does Kim Kardashian Have No Control Over Her Children?
Will David Harbour’s ‘Violent Night’ Stream On Netflix?