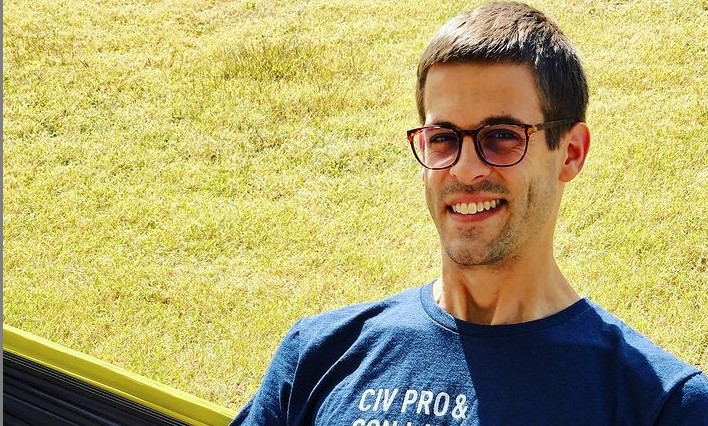 It looks like things continue to spiral out of control for Jim Bob Duggar. Not only has his son Josh Duggar been arrested on charges of child pornography, his son-in-law, Derick Dillard is speaking truths about the family. Apparently, there’s a lot behind-the-scenes fans are not aware of. In fact, it seems Jim Bob Duggar could be nearing the end of his created empire, at least Derick seems to think so. Keep reading to find out more.

Why does Derick Dillard believe Jim Bob Duggar’s empire is crashing down?

Derick Dillard has never been shy about dishing dirt on the Duggar family. He and wife Jill have moved on and are doing their own thing. They’ve spilled tea before, however now it seems Derick isn’t holding anything back. One thought seems to be that Jim Bob’s beloved empire is crashing down before his eyes.

Fans loved the Duggar family from the beginning. Although many refer to their family followers as cult-like, they still have a huge following. However, their solid reputation began to tarnish when Josh first confessed to molesting his younger sisters.

Following his confession, 19 Kids was canceled. However, that wasn’t the end of the Duggar television reign. Soon after that Counting On appeared on TLC.  Coincidence? It doesn’t appear so. In fact, in Derick Dillard’s latest Twitter replies he says the show was definitely rebranded and Jim Bob Duggar was still calling the shots. Plus, he was still making all the money and not his kids.

Hollywood Gossip shared details over all the things Derick has been saying on Twitter since Josh’s arrest. For starters, over the past year, Derick has said Jim Bob’s day of reckoning is approaching. Could Josh’s arrest finally be what breaks his empire into shambles? One thing is certain, Derick is certainly not helping Jim Bob regain public trust. In fact, he says Jim Bob deceived the public. 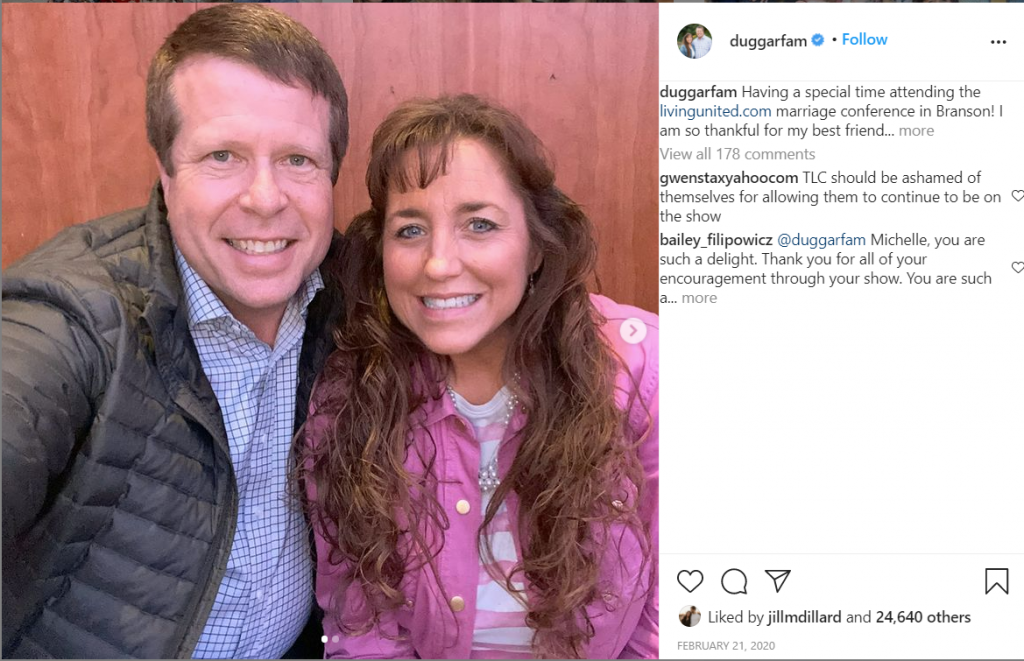 What has he been saying about the Duggar family?

Derick went to Twitter over the past few days to dish more dirt on the troubled family. In fact, he says the family patriarch Jim Bob Duggar and his wife, Michelle Duggar, are to blame for the family’s ongoing turmoil.

One fan said,  “If you cancel one show cancel all. Why should Jessa and Ben or John an abbie suffer. That’s my point Josh and his parents have nothing to do with the other kids. Leave their show alone. Josh was already removed from the original show. Counting on doesn’t even talk about him.”

Derick replied, “It’s the parents’ show, you know that, right?” 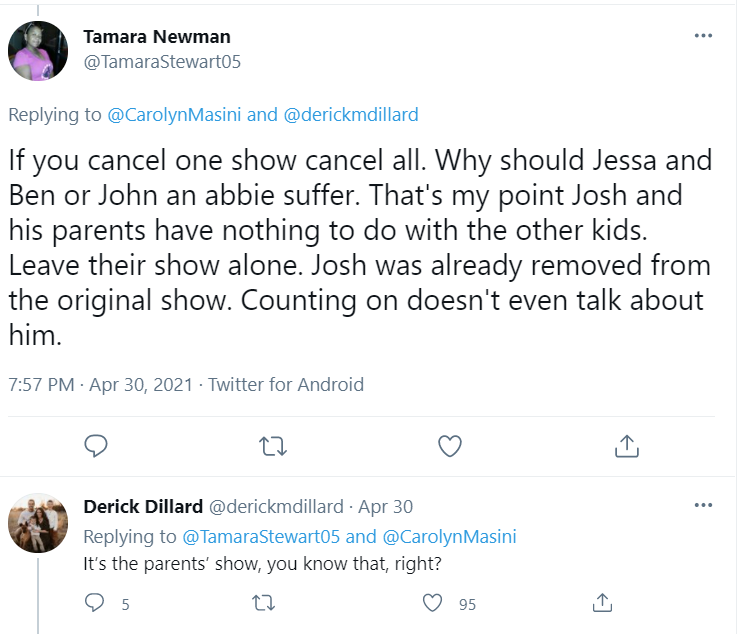 Another fan said they believed Jill & Jessa: Counting On was a simple rebranding. Derick had a comment for that too. He said, “Yes, that’s exactly what they called it — a rebranding. Same business structure as 19K&C (I.e., one person makes the decisions for all and one person got paid) but it would be ‘rebranded’ to make people think it was different. We pushed back often, and we were threatened often.”

In regards to the previous scandal involving Josh, one fan said the Duggar’s handled the situation well. Derick stepped into that one with a response too. He said, “How do you know how it was handled? It was not handled well. The public was deceived. Their plan worked. And we were told to keep filming and keep our mouths shut. We called their bluff and left.” 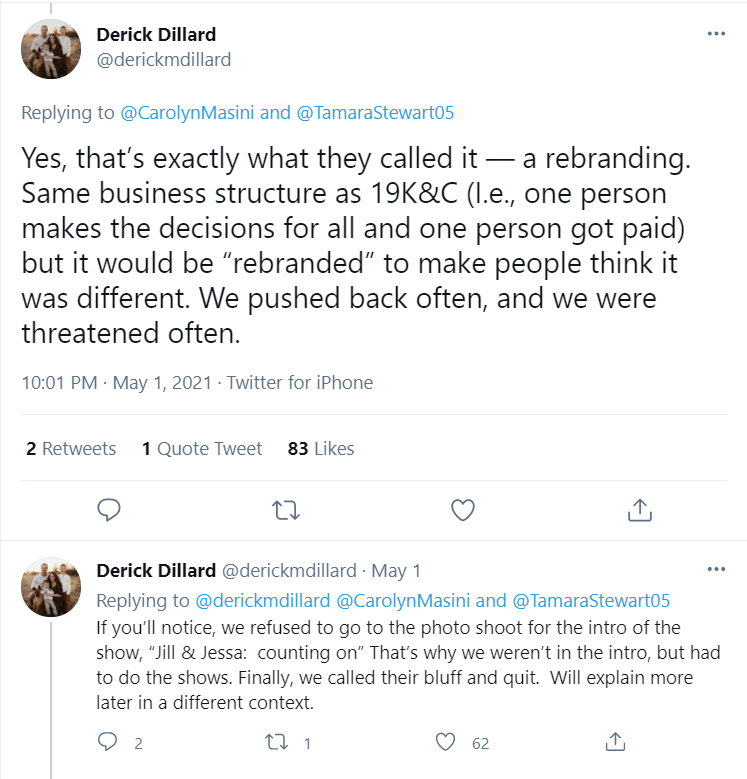 So, with everything surfacing about Jim Bob and his threatening attitude, could his empire finally be done? If Derick has anything to say about it this could be the case.