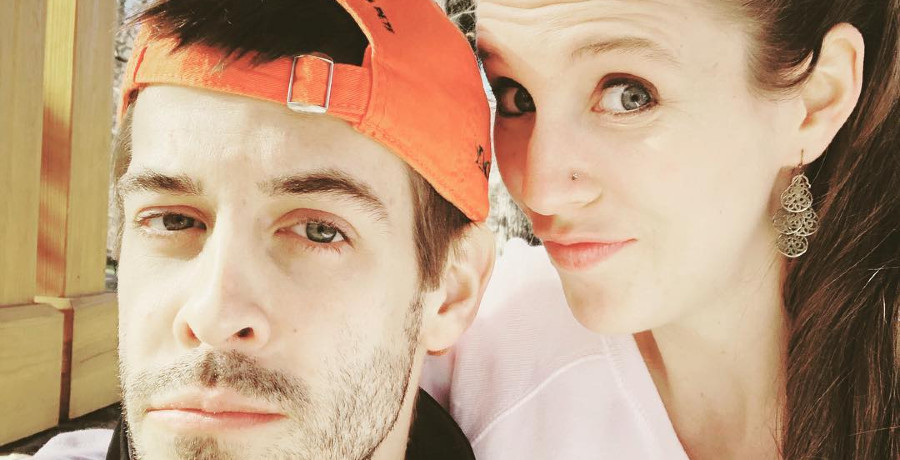 Amid Josh Duggar’s arrest for possessing explicit images of children, there is an outcry to cancel the Duggar show Counting On. A petition to do just that has amassed almost 4K signatures.

But in a new tweet, Derick Dillard reveals both he would have been just fine with Counting On‘s cancellation years ago. Why did he hate being on the TLC show so much?

TLC viewers met the Duggar family in 2008 with 17 Kids & Counting. The series focused on Jim Bob Duggar, his wife Michelle, and their then-17 children. As the family continued to expand, the show changed names from 17 to 19 Kids & Counting.

The original show aired for seven seasons until a scandal involving Josh Duggar forced TLC to take it off the air. A leaked police report revealed the disgusting details of Josh Duggar molesting several children when he was a teenager. His victims included some of his sisters. Jill and Jessa Duggar came forward after the leaked report to confirm that their brother molested them.

However, the report was from 2006 and the Duggars had dealt with it within the family. Josh Duggar never had to face charges.

TLC slyly rebranded 19 Kids into a three-part series starring some of the Duggar girls. The first episodes of Counting On airing in late 2015 focused on Jill and Derick Dillard, Jessa and Ben Seewald, and Anna Duggar (Josh’s wife.) Entertainment Weekly reveals that other family members were also featured after TLC picked Counting On up for a full season.

Season 11 of Counting On ended in September of 2020. Fans had been eagerly awaiting a new season, though TLC hadn’t made an official announcement. It seemed likely Season 12 would be coming soon after the network aired a special in March.

The future of Counting On is up in the air after Josh Duggar’s arrest.

On April 29th, news broke about the eldest Duggar son’s arrest. No one knew why. The arrest seemed sudden and out of the blue. However, it turns out the feds have had Josh Duggar in their sights for two years.

Prosecutors allege that Josh Duggar was in possession of images of child s*x abuse. The photos were allegedly found during a 2019 raid on his car dealership. At the moment, Josh Duggar is in jail. He will face the judge for a bond hearing on May 5.

His trial is set to begin in July.

Why Did Derick Dillard Want Counting On to End Years Ago?

A few of the Duggar siblings have released statements about Josh Duggar’s arrest. Derick and Jill (Duggar) Dillard called the situation “very sad.” But that wasn’t all Derick had to say.

He spent a good chunk of time over the weekend debating whether TLC should cancel Counting On or not. Many of his tweet responses and reactions hint that he fully supports the calls for the show to be canceled.

In some of his tweets, he talked about how TLC tricked viewers with the “rebranding” of 19 Kids. In his opinion, the only difference between 19 Kids and Counting On is the name. According to Derick, both he and his wife Jill were vocal about their displeasure with the show continuing.

Derick reportedly got fired from the show back in 2018 for his transphobic tweets. However, he now claims that he and Jill made the choice to quit the show. And their exit couldn’t come soon enough.

In a new tweet, he suggests that they both wanted Counting On to end after the initial three-episode run.  He wrote that he and Jill “would have been glad” if the show was canceled back then.

Why? Aside from disagreeing with the network “rebranding” tactics, the Counting On children don’t get paid for the show. All the earnings go to Jim Bob Duggar.

What Would Have Happened if He Quit Filming?

He could have just quit then, right? No. His contract with the network was ironclad. He wrote on Twitter that he and Jill had to participate “because of the show’s name.”

Furthermore, they would have been sued if they refused to film.

While Derick Dillard had a lot to say about the Duggars and TLC, it sounds like he has more to get off his chest. Some of his followers are hoping for an eventual tell-all from Derick and Jill.

Do you think Derick Dillard overstepped by spilling so much tea about the Duggar family? Share your thoughts in the comments below.