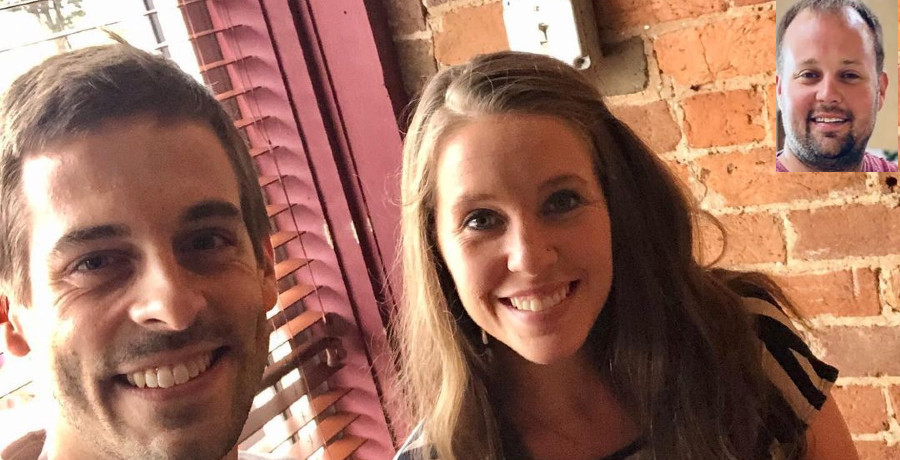 What did Jill Duggar and Derick Dillard know about Josh Duggar’s dirty secret? Derick took to Twitter over the weekend to debate with fans over the future of Counting On. During the tweet exchange, he seemed to imply that he and Jill knew more than they let on when 19 Kids & Counting was canceled.

Molestation Scandal Back in Headlines After Josh Duggar’s Arrest

It’s been six years since one of the biggest scandals rocked reality TV. It came out in 2015 that Josh Duggar from TLC’s 19 Kids & Counting had molested multiple young girls when he was a teenager. Some of the victims included his little sisters.

Shortly after the story broke, Jessa and Jill Duggar came forward to confirm that they were two of the six victims. However, they showed forgiveness for their brother. TLC viewers were less forgiving. After public outcry, the network canceled 19 Kids & Counting.

But the Duggars didn’t stay off television long. That same year, TLC debuted Counting On. It was initially a show featuring several of the Duggar daughters. It later expanded to include their parents, Jim Bob and Michelle Duggar.

On Thursday, April 29th, Josh Duggar’s arrest made national news. The charges were revealed in court the next day. The feds accuse Josh Duggar of downloading photos of children under 12 being s*xually abused.

He denies the charges and his trial will begin in July. He is due back in court this week (May 5) for a bond hearing. Jill Duggar and Derick Dillard released a statement simply calling the arrest “very sad.”

The initial statement from Jill Duggar and her husband, Derick Dillard may have been short, but Derick had A LOT more to say on Twitter. He didn’t come out and say that the show should end, but he did show support for other posts saying that.

After a fan didn’t agree with the general consensus that Counting On should be ended, Derick shared details of his personal experience with TLC and the Duggar family.

He slammed TLC for ‘deceiving’ the public about Counting On. According to Derick, there is nothing different between the spin-off and 19 Kids & Counting. He claims that the network simply “rebranded” the show with a new name.

Derick said that he and Jill didn’t agree with the network’s decision and said so. However, they were then under constant threats, though it’s unclear if it was TLC or the Duggar patriarch making the threats.

In another tweet, Derick Dillard defends some of the other Duggar children for not leaving the show like Jill did. He said that the others in the family “didn’t know what” he and Jill knew when they decided to leave Counting On.

He again alludes to threats, or “scare tactics” used to keep the Duggar children (and their spouses) in line.

Now that Josh Duggar is under arrest and facing years in prison, does Derick Dillard finally feel safe to speak out?

Within hours of the charges against Josh Duggar going public, a petition for TLC to sever ties popped up on Change.org. Rather than just canceling Counting On, the petition demands the network remove all Duggar content.

So far, TLC has yet to respond to the outrage. They did release a tepid statement saying they were “saddened” by Josh Duggar’s arrest.

Earlier this year, Jill Duggar revealed on the couple’s YouTube channel that she is estranged from her parents. According to People, she said she hasn’t been to the family home in a few years for her “mental and emotional health.”

Do you think Jill Duggar and Derick Dillard were forced to hide Josh Duggar’s dirty secret?