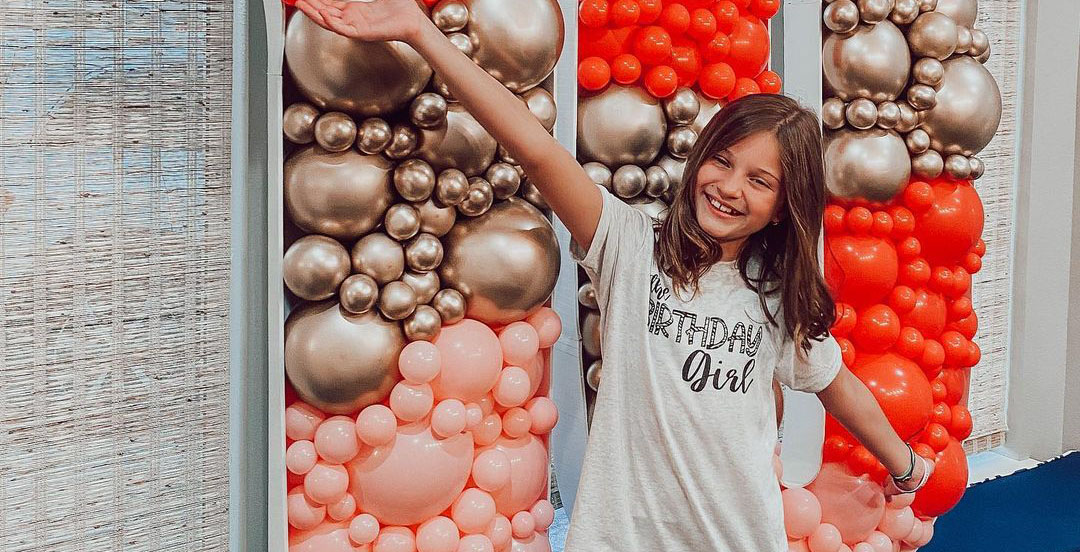 As fans of TLC’s hit show OutDaughtered know, Danielle and Adam Busby do a great job of getting their six daughters involved in extracurricular activities. At one point, all the girls tried ballet. However, it really stuck with Parker and Hazel. When it comes to Olivia, Ava, and Riley, they enjoy playing soccer. Big sister, Blayke plays basketball with her cousins. Keep reading to find out how Blayke and basketball are going according to the latest trailer TLC releases.

Does OutDaughtered Blayke Busby’s team struggle with being aggressive?

The trailer starts off with Blayke’s coach encouraging the team to shout “aggressive!” Then, viewers get to see clips from the game. Blayke shares that she hopes the game will be a good one. Heartwarmingly, not only are Blayke’s parents on the sidelines but all of her little sisters, Aunt Kiki, and her cousins.

Apparently, Blayke is learning about how to play defense in basketball. Adam shouts at her to tell her to. man up. Blayke looks back. At this point, Adam asks her who her man is, to find her and put her arms up.

The oldest Busby daughter shows a different side of herself.

Adam shares, “I know there’s a fight inside of her somewhere. She just needs to let it out.” However, it seems that Danielle disagrees with her husband. She feels like Adam is pushing her too hard and he should just “let her have some fun.”

Blayke accomplishes one of her basketball goals.

In a turn of events, Blayke actually ends up stealing the ball. She manages to do that several times and her team scores. This brings them into the lead. At this point, Adam proclaims “Blayke is a beast.” Ultimately, Blayke’s team annihilates the other team winning 10 to three. Not only that but one of Blayke’s cousins points out that her team hasn’t lost a game.

At the end of the game, the coach gives Blayke Busby a shout-out. He commends her for playing phenomenal defense in the game. The producer asks her, “Now that you’ve been tackled being aggressive, what’s next.” Blayke responds with, “I wanna make a basket in my next game.”

Are you surprised to see how aggressive OutDaughtered Blayke Busby is? She’s quite athletic. Let us know your thoughts in the comment section below. Come back to TV Shows Ace for more OutDaughtered news.