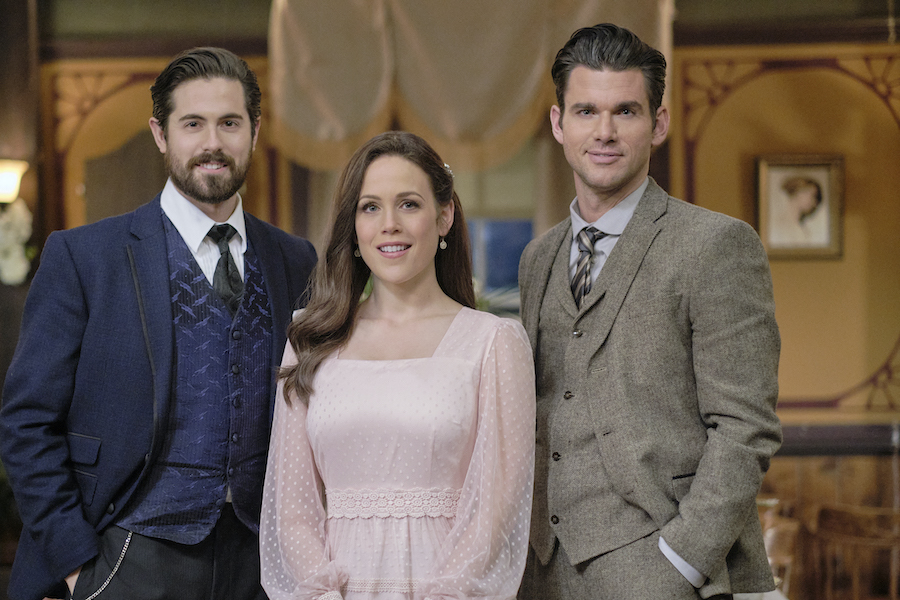 Hearties who watched When Calls The Heart on Sunday night knowing that there was a pretty big scene. Elizabeth and Nathan spoke outside, and Lucas walked by the window, as the two talked. But Elizabeth never explained what happened.

In this upcoming episode preview, Elizabeth does explain. But, with an episode title “Changing Times,” viewers may need to brace themselves for major disruptions.

What does the sneak peek show?

Last week, on When Calls The Heart Season 8, Episode 10, “Old Love, New Love, Is This True Love,” the love triangle got a bit more complicated. Elizabeth needed to speak to Nathan. The two went outside. There, she told him that she did not hold any sort of resentment that Jack had taken his place.

This situation upset Elizabeth a great deal. She wanted to make sure that she removed all doubts from his mind. However, Lucas saw the two speaking outside. Alone. As usual, Lucas did not do or say anything. So, could there be a confrontation this week?

Thanks to ET, there is a sneak peek preview from the upcoming episode. Lucas and Elizabeth are in the schoolroom. She is futzing around with a display, as Lucas suggests getting a bite to eat. He certainly wants to make sure that she is well-fed and cared for.

Although Elizabeth cannot go anywhere, as she has a rather stressful situation at the school, she does decide to discuss Florence and Ned’s wedding. Moreover, she decides to discuss why she spoke to Nathan outside.

After sharing that she wanted to make sure that Nathan did not experience any sort of guilt over switching with Jack, Lucas had a question. He wanted to know why Elizabeth didn’t come back in. Why did she leave?

Unfortunately, Elizabeth was unable to answer that question. Minnie Canfield came into the schoolhouse. There was more trouble. Therefore, Elizabeth had to focus on this crisis. Lucas leaves, without getting his question answered.

#Hearties, did you catch @etnow 's sneak peek at Sunday's second to last episode of s8 of #WCTH? Elizabeth explains to Lucas why she left the wedding with Nathan…! @hallmarkchannel @WCTH_TV https://t.co/xTYoyES5Ho

When Calls The Heart Episode Has Record Audience

This When Calls The Heart episode, “Old Love, New Love, Is This True Love” had a record-breaking audience. An incredible 2.649 viewers tuned in! This beat out every single cable program.

This means this episode had the second biggest WCTH non-Christmas audience in the history of the show. Hearties are invested in this story and want to see how this love triangle plays out.

When To Catch Penultimate Episode Of WCTH

The When Calls The Heart episode “Changing Times” will air on Sunday, May 2, at 9 p.m. Eastern, on The Hallmark Channel. What sorts of changes are in store for the people of Hope Valley? You will need to tune in to find out.