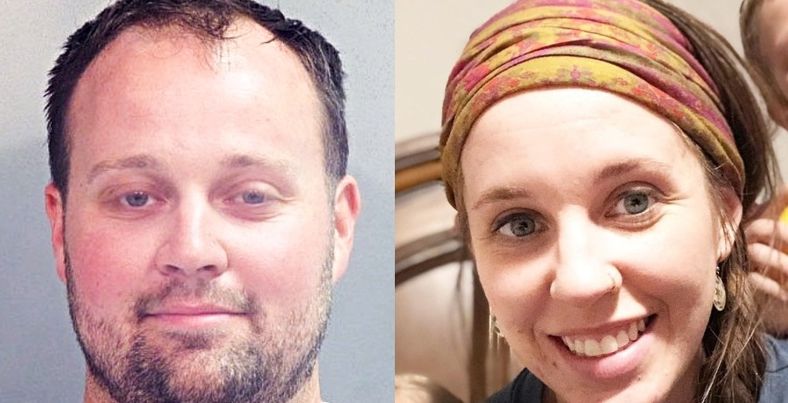 Since the news of Josh Duggar’s arrest broke on Thursday, the family has remained fairly quiet. In response to the news, a few family members have limited the number of comments allowed on their social media posts. Others have continued posting their regular content. It seems that they are trying not to draw too much attention to the situation.

Now, some of the Duggars are finally speaking out about the whole thing.

In an exclusive statement to ET, Jill and Derick Dillard shared their thoughts on Josh’s arrest in a somber statement. The couple said, “We just learned this information. It is very sad.”

The couple kept the statement short and sweet, likely to protect them as this case progresses. This isn’t the first time that Jill has been in the spotlight due to her brother’s actions. The entire family was affected by his other scandals, so this isn’t new for them. It’s not obvious how much the family knew about this before it happened though.

Right now, everyone else seems to be staying silent, aside from restricting their comments on social media. It’s assumed that the family will eventually make a statement.

There have been hints that the family was made aware of Josh’s arrest before it actually happened. The family dissolved some of its LLCs prior to the arrest.

In 2019, the car lot where Josh worked was raided by the FBI as part of a larger, federal probe. It’s unclear if that probe is connected to his recent arrest, but it’s possible. If the family knew that he would be arrested following that raid, they may have had an idea that it was going to happen soon. Of course, it’s unclear how much they knew.

It’s possible that TLC was aware of the upcoming arrest as well because Counting On has not been renewed yet. Fans have been wondering when the Duggar family will return to TLC, but there’s been no word on a cancelation or renewal. The network may have been avoiding the drama by not giving the family another season.

So, what do you think of Jill and Derick’s statement on Josh Duggar’s arrest? Do you think the rest of the family will speak out soon? Let us know in the comments below.

For more updates on this situation, check back with TV Shows Ace.