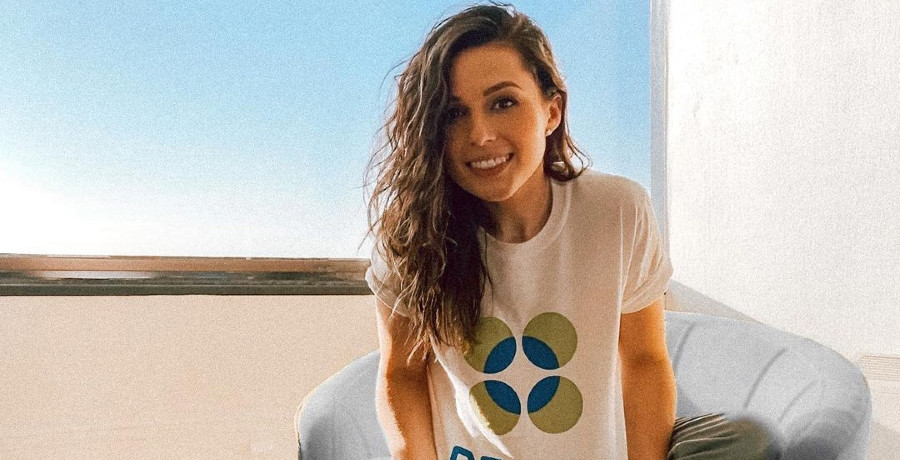 Katie Thurston returned to Instagram in a big way. Her return to social media indicates that filming for Season 16 of The Bachelorette is finished. Is she still single? Her Instagram post about the COVID-19 vaccine had fans wondering if she found love in New Mexico.

Katie Thurston wasn’t alone in New Mexico. In addition to her suitors, she was flanked by Tayshia Adams and Kaitlyn Bristowe. The former Bachelorettes stepped in as co-hosts amid Chris Harrison’s temporary leave of absence.

Sources close to filming describe the differences due to the hosting change. Reportedly, Harrison was more involved in other aspects of the show aside from his hosting duties. Unlike Bristowe and Adams, Harrison received credit as an executive producer.

While in New Mexico, both Bristowe and Adams received visits from their respective boyfriends, Jason Tartick and Zac Clark. After Tartick left, Kaitlyn Bristowe’s anxiety was off the charts. She seems to be better now that she’s home with her man and their two Golden Retrievers, Ramen and Pinot.

Not much has leaked about Katie Thurston’s journey to finding love on Season 16. Her outspokenness earned her many fans during her time on Matt James’ season of The Bachelor.

In fact, the first promo the network released encouraged viewers to “Be A Katie.”

Earlier this week, Thurston returned to Instagram with a message for her followers. She shared a video about her experience with the COVID-19 vaccine. However, it was the caption that raised eyebrows.

She wrote, “Can’t start a healthy relationship without being healthy.”

Does that mean she is engaged, or at least in a relationship? At least one former contestant on Tayshia Adams’ season – Blake Moynes – was rumored to be a suitor on Katie Thurston’s season.

Did she find love at the Hyatt Regency Tamaya Resort and Spa? Fans will have to wait a few more weeks to see Katie Thurston’s Bachelorette journey begin.

In the meantime, Katie Thurston wants to encourage Bachelor Nation fans to get their COVID-19 vaccine. As People reports, it was one of the first things she did after she got home from New Mexico. And she filmed the process for her followers, starting with waking up on her couch.

During the video, viewers see the TikTok star rolling out of bed, getting ready to go. It follows her brushing her teeth, putting on an old t-shirt, and using a baseball cap to cover up her bedhead hair. After all, she asks – “who showers before 10?”

“Let’s fight this together,” she proclaims at the end.

Katie Thurston joins a long list of public figures who are encouraging their fans to get the COVID-19 vaccine. Not everyone was happy with Thurston’s video, though. She received many comments from people who don’t plan to get the vaccine.

Do you think celebrities should continue to encourage others to get the vaccine? Or should they stay in their lane, so to speak?

Do you think Katie Thurston found love? Share your thoughts in the comments down below.

Season 16 of The Bachelorette premieres on Monday, June 7, 2021. Another season with Michelle Young will premiere later this fall.