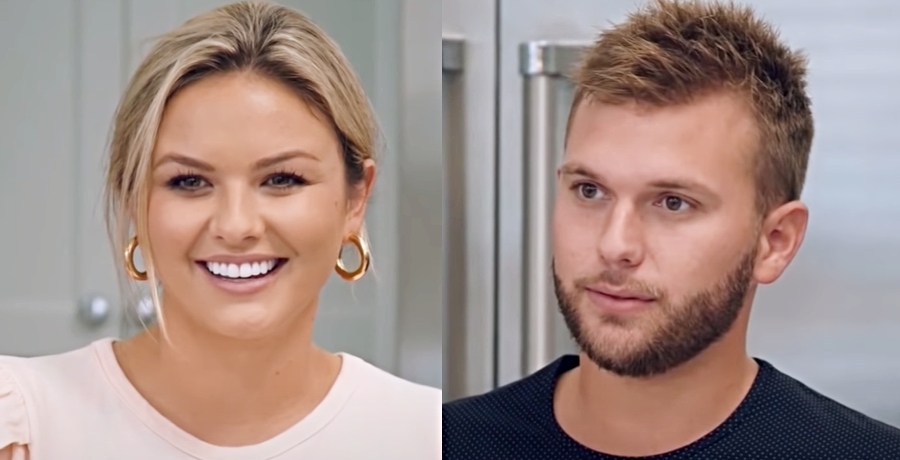 Chrisley Knows Best fans have come to adore Chase Chrisley’s girlfriend, Emmy Medders. Throughout the latest season of the reality television show, viewers watch as their relationship blossoms. However, fans speculate that the couple has gone their separate ways. Keep reading to find out why fans think Chase Chrisley and Emmy Medders split.

Earlier today, a concerned fan takes to the Chrisley Knows Best Fans Unite fan page to advise that Chase Chrisley and Emmy Medders have taken drastic social media measures. The fan shares the following. “Chase and Emmy have deleted pics together off of Instagram and they no longer follow each other.” While there aren’t any further details, the fan also says, “hope it’s just a little fight.”

At the time of this writing, neither Chase Chrisley nor Emmy Medders has anything on their Instagram to confirm a split. TV Shows Ace confirms that neither party is present on the other’s social media profile. However, they may just want some time to sort through things themselves.

Chase has a bad track record with Emmy already

Unfortunately, this isn’t the first time Chase Chrisley and Emmy Medders make headlines for relationship drama. Just last month, TV Shows Ace reports about a disagreement the couple has in the Season 8 finale of Chrisley Knows Best. Much of the finale episode features Chase trying to get back into Emmy’s good graces.

This spat happens when Chase chooses to go out with his friends when he doesn’t have plans with Emmy. Seemingly, Emmy feels like Chase stands her up. It probably doesn’t help the situation that Chrisley Knows Best patriarch Todd Chrisley agrees with Emmy.

Shockingly, things don’t get better. Chase feels like Emmy is blowing up his phone with calls and texts. Instead of communicating with his girlfriend, Chase chooses to ignore her efforts so she has time to “cool down.” At this point, Todd, Savannah, and Grayson agree that Chase is making things more difficult for himself.

Did Emmy Medders Forgive Chase During The Season 8 Finale?

Ultimately, the couple makes up. Sadly, there’s no telling how many more disagreements Chase Chrisley and Emmy Medders have when the cameras aren’t filming. Maybe if Chase or Emmy don’t confirm their relationship status, Todd or Savannah will cue people in on what’s going on.

What do you think is going on with Chase Chrisley and Emmy Medders? Do you think they’re broken up? Or are you hopeful that they’re just taking a break? It was just last month that outlets were reporting that the couple was heading towards an engagement.

Let us know your thoughts in the comment section below. Come back to TV Shows Ace for more Chrisley Knows Best news.