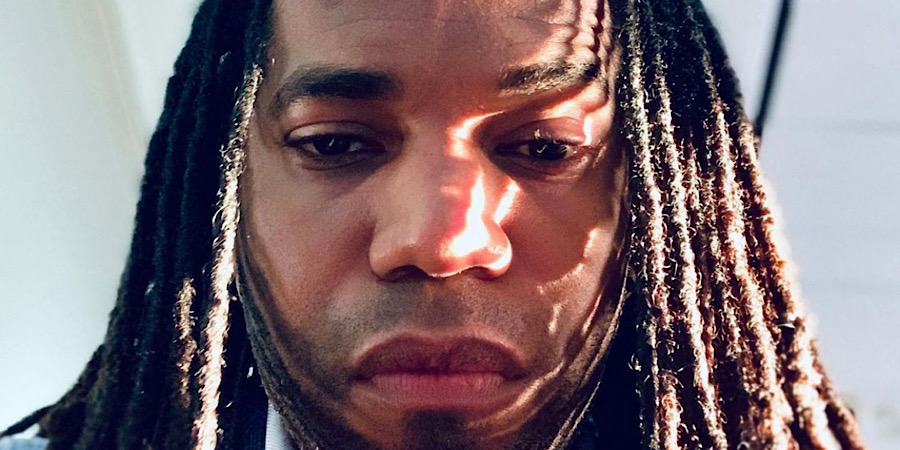 Seeking Sister Wife star Dimitri Snowden abruptly deleted all of his social media earlier this month. Now, there may be some answers as to why. TMZ reports potential sister wife Christeline Petersen filed a restraining order against Snowden in January. Along with her two daughters, the single mom moved in with Dimitri, his wife Ashley, and their family. Unfortunately, it went south along the way.

How It All Started On Seeking Sister Wife

Dimitri and Ashley first appeared in Season 1 of the series. By Season 2, they met Vanessa Cobbs, a single woman from Seattle with whom they had an instant connection. Soon, they migrated to California and the Snowdens proposed to Vanessa. A lavish wedding followed but a happy ending did not. After the tell-all, it was revealed Cobbs had parted ways with the family. She is now living in Australia doing humanitarian work. In Season 3, the Snowdens shared Cobbs broke up with them via text which she has seemingly disputed.

For their Seeking Sister Wife return, the couple was courting two women. Tayler is a single artist from Georgia. Christeline is a single mom from South Africa who they met via social media. There was an immediate connection and she could not wait to bring her kids to California. Additionally, she got along with Tayler. The two potentials spoke almost every day despite never meeting in person.

When Tayler came to meet the Snowdens, the family was uncertain if she could handle the mothering aspect. On the day she was to leave, she told them she wanted to stay and they called Christeline for her opinion. She gave her consent. Social media questions Tayler’s intentions with the Snowdens. Technically, viewers aren’t supposed to know if the family will have two sister wives until the finale. Unfortunately, looks like the cat is now out of the bag.

Season 3 was filmed about a year ago as the pandemic had just begun. In the filing by Christeline, she alleged Dimitri has been physically abusive for the past year. However, it does not state if it started when she was visiting the Snowdens or upon moving in. In January, Christeline says she woke up to Dimitri “slamming my head into the headboard of the bed and he was yelling at me.”

He continued to repeat this act so she filed a police report. She went onto claim he was abusive while they were intimate. Christeline says she sustained “bruises, scratches, and redness around her neck” from the incident. He also scared her young daughters “as he often yells and punches the walls or furniture.” She has been granted a restraining order from Snowden. He must stay 100 yards away from her and her children.

Could this be why releasing the newest season was postponed by nearly a month? Should the couple still be shown in the series? Sound off in the comments below.