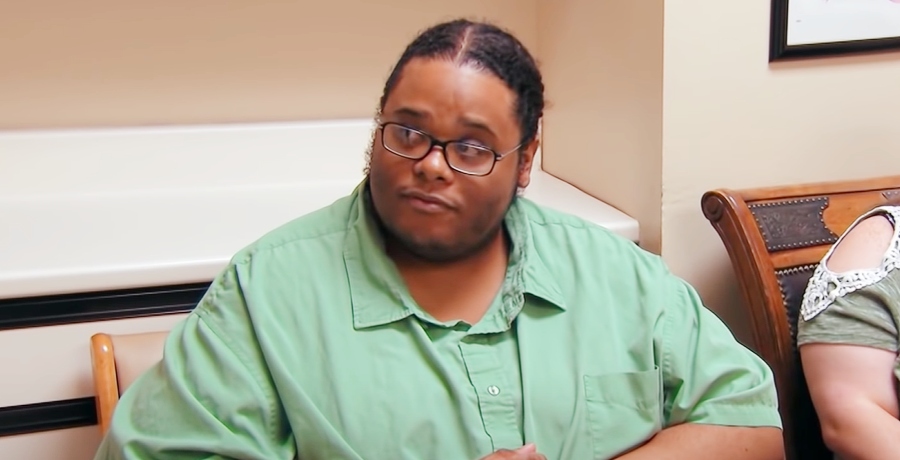 According to TLC’s schedule, My 600-Lb. Life Season 7 alum, Brandon Scott returns for tomorrow night’s (April 28) Where Are They Now episode. Keep reading to find out where Brandon is now.

It’s been two seasons since My 600-Lb. Life fans have seen Brandon Scott on the show. InTouch Weekly reports that at the beginning of his Season 7 episode, Brandon tips the scales at 718 pounds. However, he also shows “willpower to make a change, even though it was no simple task.” Luckily for Brandon, it seems like the TLC personality has a great support system in his at-the-time girlfriend, Tayor Kunce.

During his episode not only did Brandon struggle with his weight, but with lymphedema. Remarkably, he still travels from Columbus, Ohio to Houston, Texas for an appointment with Dr. Now. From the looks of his recent photos, Brandon is a My 600-Lb Life success story. InTouch Weekly reports that he’s lost 335 pounds.

Brandon credit some of his weight loss to his diet. InTouch Weekly reports that “he usually eats foods with low to no carbs at all.” Surprisingly, the outlet reports that he also has the self-restraint to do that with sugars and fats. He also shares healthy food tips and recipes with is followers on Facebook.

He crushes his three goals

Notably, a lot changes for Brandon over the course of nearly three years. According to InTouch Weekly he is “losing weight, pursuing a music career, and taking his relationship with Taylor to the next level.” These three goals are things he set out to do after filming his episode of My 600-Lb Life.

Excitingly, Brandon announces in June of 2019 that he and Taylor are engaged. He says, “I never thought I’d see the day when I get to ask the girl of my dreams the most important question of my life! Good is awesome. She said yes.”

Luckily for fans, he shares his musical journey on social media. Not only that, but his fiance is by his side and they perform together. Brandon regularly posts himself performing worship songs on social media.

Musical performances aren’t the only things people see on Brandon’s Facebook. He’s been quite the hype man for his upcoming episode of My 600-Lb Life. His Facebook features a countdown to tomorrow night’s episode.

Are you excited to see Brandon Scott’s weight loss progress on tomorrow night’s episode of My 600-Lb. Life? Let us know in the comment section below. Tune into TV Shows Ace for more My 600-Lb. Life news.