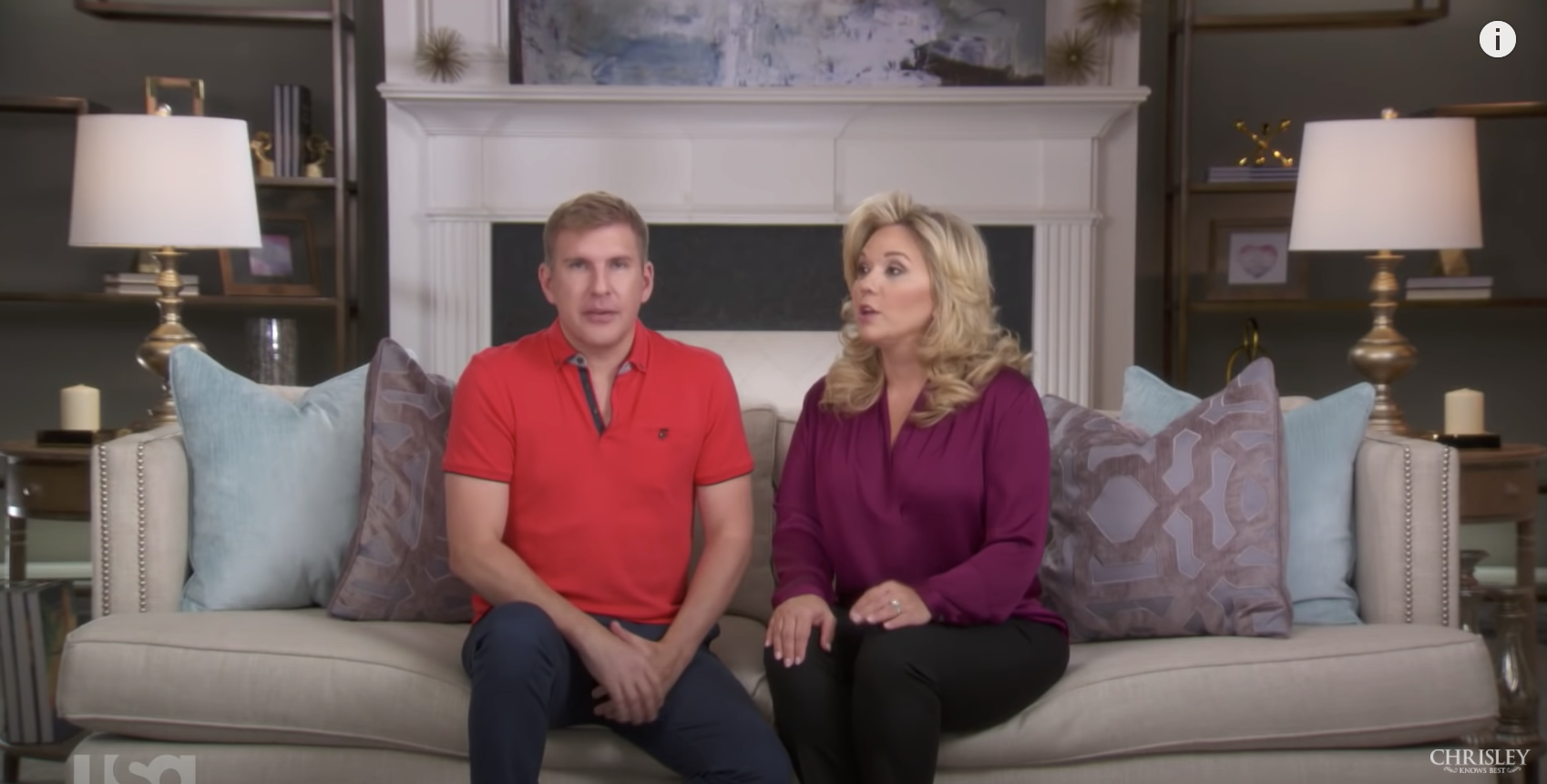 While Chrisley Knows Best may not be airing any new episodes at the moment, Chrisley fans still get their weekly dose of the reality television family from their podcast, Chrisley Confessions. Weekly, on late Wednesday/early Thursday, Todd and Julie Chrisley release a podcast. At the top of the podcast, they update their listeners about what’s going on in their lives. Later in the podcast, they respond to voicemails left by listeners on the podcast’s voicemail. This week, Todd Chrisley spills the tea on what is going on with their Georgia Department of Revenue situation. Keep reading to find out more.

On this week’s episode of Chrisley Confessions, Todd Chrisley gives listeners an update about what is going on with the Georgia Department of Revenue drama. According to Todd, he and Julie were supposed to have a trial about this time last year. However, it seems COVID (among other things) delayed this process. Additionally, Todd thinks it was postponed “like three times.”

However, he confirms that they did have the hearing. Todd goes on to assure everyone that he wasn’t avoiding them. “There were certain things that we could not talk about and that our attorneys told them not to talk about,” shares Todd. Despite all of that, Todd shares that he tries to be as transparent with his fans as he can be.

Todd doesn’t hold anything back

Buckle up, because Todd Chrisley explains that he can now share “everything that happened and what he couldn’t tell you before.” Todd begins his explanation by saying that they were “targeted by the Georgia Department of Revenue.” Now that the trial is over, everything is public record. Todd acknowledges this and knows that the press is going to be all over it.

Todd Chrisley goes on to mention that they were targeted by Josh Waites. Next, Todd explains that Waites was the Head of the Criminal Division for the Office of Special Investigations. Consequently, TV Shows Ace previously reports that Todd Chrisley is suing Waites. Not only that but multiple sources, including TV Shows Ace report on Waites resignation.

Notably, according to Todd Chrisley, Waites isn’t the only party involved in this scandal. Todd goes off and gives a lengthy list of names involved in all of this. However, it seems that Todd is going to be pretty comprehensive on his update. He states that wants to go down the list of “these assclowns.”

Check back with TV Shows Ace for more Todd and Julie Chrisley and the Georgia Department of Revenue Updates.