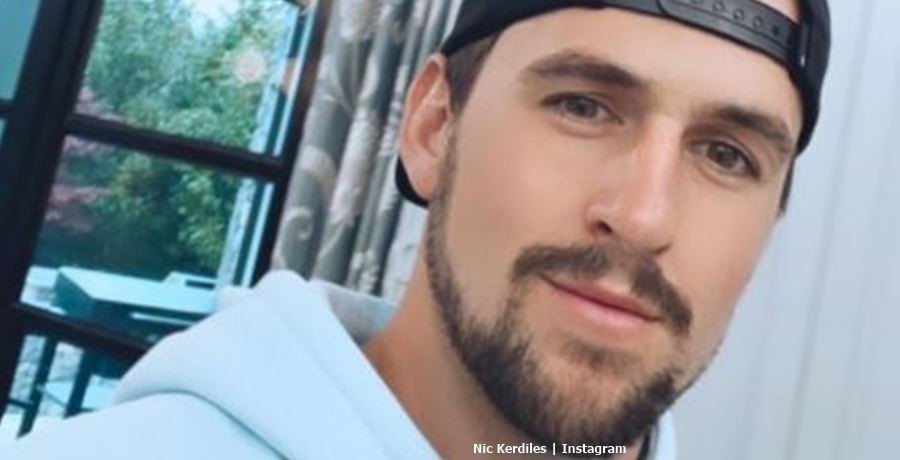 Nic Kerdiles shared on his Instagram that he’s returning to Nashville and fans hope he and Savannah Chrisley are getting back together. Meanwhile, others wonder if he and Savannah vacationed together in a tropical location. However, is that why he’s going there? After all, Savannah seemed a bit vague on whether their split was permanent or not.

On Wednesday, April 21, Nic shared a post on Instagram about returning to Nashville, Tennessee. So, Chrisley Knows Best fans hoped he and Savannah Chrisley got back together again. After all, in February, fans saw that Todd Chrisley seemed to encourage him to get back with his daughter. Nic posted up about how stepping outside of your comfort zone might make people feel “uncomfortable.” However, he thinks it’s worth it as “you get one shot at this beautiful and crazy life. Go for it!” When Todd liked it, fans thought he hoped Savannah makes up with Nic.

Did Todd Chrisley Just Encourage Nic Kerdiles To ‘Go For It’ With Savannah?

On another occasion, reuniting with Nic Kerdiles seemed quite possible when Savannah talked about it. The Chrisley Knows Best star told fans that people don’t know the future. Plus, she indicated that her decision on the breakup isn’t final. So, the possibility of reuniting made their fans feel hopeful. Another post by Nic in April received an even warmer response from Todd. Nic talked about feeling a bit lost after giving up his pro-sports career. Kindly, Todd replied, saying, “My boy, love you to the moon and back and always so proud of you.”

Is this the first time that Savannah Chrisley’s ex returned to Nashville?

On the post that Nic Kerdiles shared on Wednesday, one fan cautioned him about getting back with Savannah. They said, “Nick, don’t look back! Move forward with your life and trust God.” Additionally, they said, “He puts people in our lives for a purpose” However, “He also removes people for a purpose!” Meanwhile, a lot of fans hoped his return mean reunification with his ex. In fact, quite a lot of fans agree that the couple “belong together.”

Meanwhile, as the sunglasses Nic Kerdiles wore reflected the ocean, they thought he might be with Savannah on vacation. However, it’s not the first time that Nic returned to Nashville. In fact, he’s been all over the place with his real estate business, including Austin. Additionally, he tagged himself in Nashville earlier this month. Actually, the nice message that Todd posted up came on April 12. Interestingly, Nic tagged himself in Nashville then.

Just six days ago, Nic played at Topgolf with some friends. Actually, the facility features about 50 locations in the USA. Therefore, the reflection of the sea might be anywhere by the seaside. So, probably, Savannah vacationed without him. In fact, he might just be in Nashville for business.

What are your thoughts about Nic Kerdiles and Savannah Chrisley? Do you think he went there to get back with her? Or is he just there to see to his business after getting away for some fun with his friends? Sound off in the comments below.