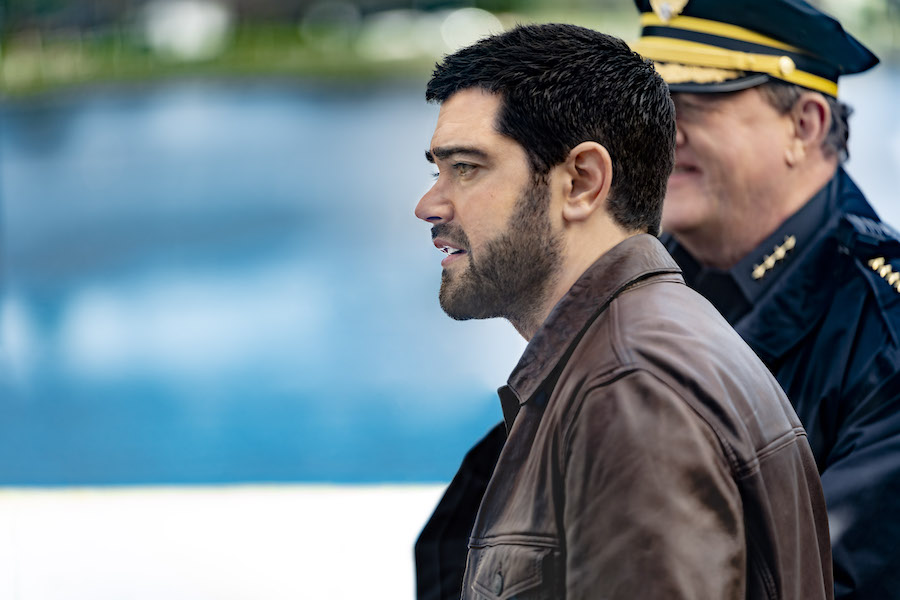 Jesse Metcalfe may have moved on from Chesapeake Shores, but he is returning with a new Martha’s Vineyard Mystery. This latest Hallmark movie is called Poisoned In Paradise. This movie stars the former Desperate Housewives star, as well as Sarah Lind (Edgemont), Nelson Wong (A Timeless Christmas), and Britt McKillip, (Trick ‘r Treat).

#Sleuthers, this is the fourth movie in the series. What is it about?

What Is Hallmark’s Poisoned In Paradise: A Martha’s Vineyard Mystery about?

According to the Hallmark synopsis, Jeff’s (Metcalfe) reputation for “unofficially” solving the island’s most dangerous crimes is growing. When Katie (McKillip), a young waitress, finds herself way in over her head with the wrong people, she shows up seeking his help.

Jeff urges her to go directly to the police but she’s too scared to follow through. When Katie sadly turns up dead – murdered by poison – Jeff wonders if he could have helped her and the crime becomes personal for him.

Teamed up with Zee (Lind), he must unravel the dangerous plot Katie had tried to warn him about to catch her killer. The shocking case leaves Jeff and Zee little time to discuss the kiss they had shared in Boston and what it means for their relationship.

Meanwhile, the mystery back in Boston deepens when Jeff and Andy (Wong) seem close to catching the person who shot Jeff, until an FBI agent shows up and takes over, shutting them out.

When Can You Watch Hallmark’s Poisoned In Paradise: A Martha’s Vineyard Mystery?

On premiere night, be sure to jump on Twitter and discuss the mystery live. Members of the cast and your #Sleuthers friends can discuss the clues and try to solve the mystery before Jeff does!

Four days ago, Jesse Metcalfe posted on Instagram a video of his time on Hallmark’s Chesapeake Shores. Along with it, the caption. “That’s a wrap!🎬 #TraceRiley #Trabby @officialmeghanory#ChesapeakeShores
@hallmarkchannel Video edit by @jessicataimiedits 🙌”

Last month, Chesapeake Shores were shocked to learn that Jesse Metcalfe was leaving the show early in Season 5. What was especially shocking is that this role strayed from the original book, and was tailor-made for him.

Will Jesse have another Hallmark project after Poisoned In Paradise: A Martha’s Vineyard Mystery? That is still a valid question. When Jesse left Chesapeake Shores, Crown Media made a statement about his future. “Jesse is a valued member of the Crown Media family; we look forward to continuing to work with him on projects, including original movies on Hallmark Channel, as well as his Hallmark Movies & Mysteries movie series, Martha’s Vineyard Mysteries, the next installment of which premieres on May 16. In addition, we are currently in development on another movie in the series.”

Hopefully, this means more mystery movies and perhaps he will have time to do a 2021 Christmas movie?

Be sure to catch the premiere of Poisoned In Paradise: A Martha’s Vineyard Mystery on Sunday, May 16 at 8 p.m., on Hallmark Movies & Mysteries.