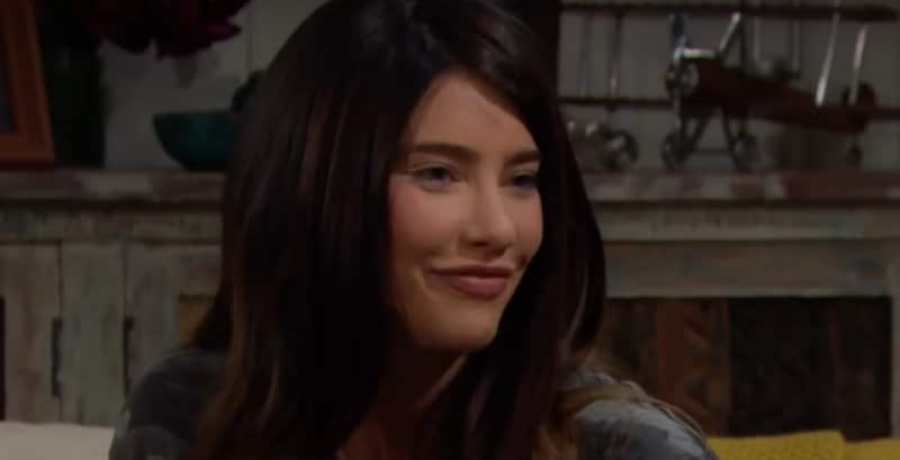 The Bold and the Beautiful rumors are swirling about Jacqueline MacInnes Wood. The actress is set to make her big return to the CBS soap. Earlier this week, TV Shows Ace previously reported that Jacqueline is currently on maternity leave. Back in February, she gave birth to her second son Lenox.

The proud mama is already back and looking better than ever. While she’s not back at work at B&B, she is modeling again. She dropped some sizzling photoshoots from Miami. Jacqueline even spent her birthday down there. It’s unclear whether she celebrated with family or friends.

Jacqueline took to Instagram to share a series of bikini photos, just two months after the birth of her baby. Now, on Thursday, April 21, fans are finding out when she could return to the show.

When is Jacqueline MacInnes Wood coming back to ‘B&B’?

According to the latest issue of Soap Opera Digest, which is on newsstands now, Jacqueline MacInnes Wood will return next month. On Tuesday, April 20, a fan of The Bold and the Beautiful shared the exciting news with their fellow fans. Others were overjoyed with the news. Others wanted to know how this fan got the scoop.

That’s because the May sweeps are in the latest issue of Soap Opera Digest. The current issue teased that Steffy is about to make her comeback. Fans are looking forward to seeing the next development for Steffy Forrester and Dr. John “Finn” Finnegan. Her quick trip out of town will quickly come to an end soon.

STEFFY IS BACK NEXT MONTH!! 🙌

Viewers last saw the happy couple celebrating their engagement. Finn found out that he is the father of Steffy’s unborn child. Then, he chased after her and shared the news. That’s when he got down on one knee and proposed to her. Steffy finally took the photo of her and Liam down in her home and the rest is happy bliss.

Why did Steffy leave in the first place?

Fans know why Jacqueline MacInnes Wood had to leave B&B. She had to go on maternity leave. As for her character, a lot of questions are up in the air. The audience is very much aware of Steffy’s disappearance. According to the Bold and the Beautiful spoilers, something awful could have seen Steffy running out of town.

The town is currently talking about the death of Vinny Walker (Joe Locicero). When he walked the road at night, he was left dead. Liam Spender (Scott Clifton) and his father, Bill Spencer (Don Diamont) were in the car that hit him. Instead of calling for help, the father-son duo left him there and kept the accident a secret. However, fans want to know why Vinny was walking the road in the first place.

JMW is super gorgeous and Rise is a cutie! Lovely house too! Love the interior..😍 pic.twitter.com/jsnC3i8B29

It could be that he was looking for his friend, Thomas Forrester (Matthew Atkinson), after being released from jail. Or, Vinny could have been looking for revenge. There is also the possibility that he wanted to apologize to the people he hurt, including Steffy. This also has some wondering if Steffy saw Vinny the night before he died. She could find herself in this murder mystery.

What are your thoughts on Jacqueline MacInnes Wood’s return to B&B? Sound off below in the comments.