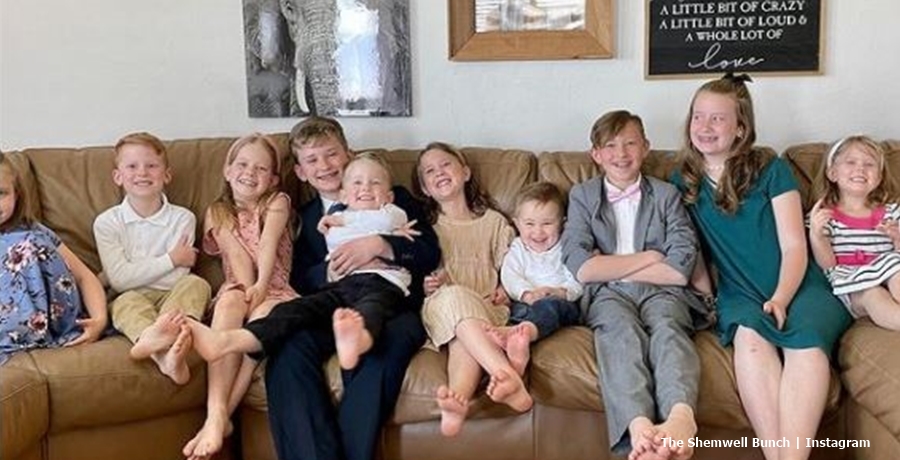 Erica Means adoption choices really got up the noses of critics of The Blended Bunch. The finale of the TLC show revealed the day they all signed the various papers. According to Erica, the show focused on the name changes for her children. In fact, Emma hated the idea. However, for Erica, it meant way more than just a “name change.” Explaining their decision, she took to her blog and wrote a long piece about it all. ‘

As the finale of The Blended Bunch revealed the family making a final decision about adoption, we speculated on a second season. After all, the show already revealed the kids feel sad about their parents passing away. The only cliffhanger might be whether they chose adoption or not. Well, with the outcome known, what else could TLC reveal in a second season? Recall, Spencer and Erica both lost their spouses. Erica lost her husband Tony to cancer. Meanwhile, Spencer’s wife Aimee died in a car accident. Meeting through a widow’s support group Spencer and Aimee married and blended the kids from both sides into one family.

‘The Blended Bunch’: Will A Second Season Come From TLC?

Erica Means adoption choices became the subject of heated discussion amongst TLC fans. In the show, her brother Quinn objected strongly. He felt that the kids already lost their dad. Actually, their surname seemed like the last remaining link to Tony. Plus, he advised they shouldn’t rush things. Nevertheless, despite her daughter Emma objecting to the name change, they went ahead anyway. Possibly, in reaction to critics, Erica Means took to her blog and wrote a long article justifying their decision.

More than just a name change

Explaining their adoption decision, Erica Means noted that the TLC show focused on the drama of the name change. However, they made some practical decisions about the future of the kids in The Blended Bunch. The now-mom of eleven kids claimed that they worried about one or the other parents passing away. Obviously, they know these bad things happen. Concerned about custody issues if the kids didn’t legally become Spencer’s children, they felt they made the right decision.

Erica Means adoption choice also seems symbolic to her. She wrote, “Adopting a child is a symbolic representation of a physical and emotional commitment.” Presumably, it makes Spencer and Erica feel good about themselves marrying. However, she feels that the kids need to know that if one of them passes away, the other parent will still care for them like their own. Another plus point relates to the fact that Spencer and Erica now act as “legal guardians” for the kids. That does away with legal complications and the signing of documents.

What are your thoughts on Erica Means adoption choices? Do you agree that she obviously thought it through before making such a big decision? Sound off in the comments below.