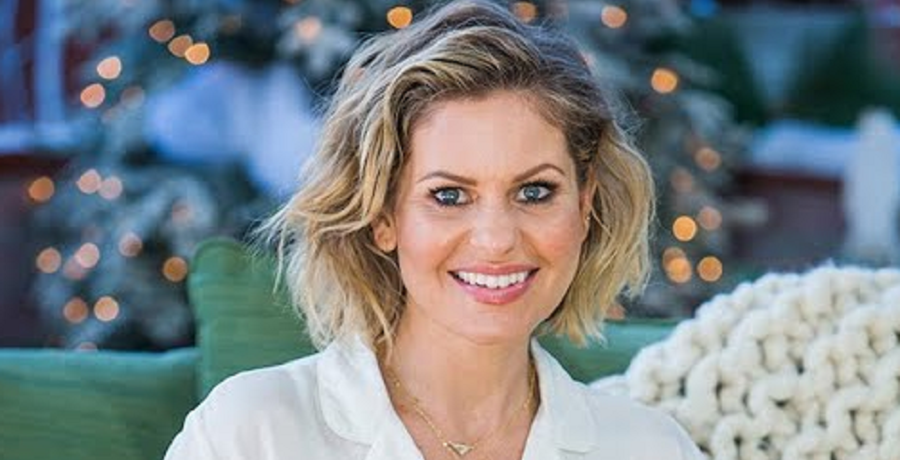 The Candace Cameron Bure net worth continues to grow. As TV Shows Ace previously reported, the Hallmark Channel star has her own clothing line. On Monday, April 19, she debuted her eponymous womenswear brand on QVC. This doesn’t include the successful partnerships she has with Dr. Lancer and Dayspring.

She makes most of her money from acting, books, and producing. Candace first became famous for her role as D.J. Tanner on Full House, which she later reprised on the Netflix series Fuller House. She also became famous for being the Queen of Christmas and for playing the role of Aurora Teagarden Mysteries from the famous novels of the same name. Candace also appeared on Dancing with the Stars, Make It or Break It, and The View.

Read on to find out what the former child star is worth.

What is the current Candace Cameron Bure net worth?

Candace Cameron Bure first became famous during the late 1980s and early 1990s in her pre-teen years. Not only did she star on Full House, but she also appeared on Who’s the Boss? and Growing Pains. But it was the ABC sitcom that she filmed eight seasons and 192 episodes on. Due to the popularity of the show, she later appeared in other television series and made-for-TV films.

According to Celebrity Net Worth, Candace Cameron Bure is worth $14 million. Even long after Full House and Fuller House ended, she continued to work in Hollywood. She just chose her work wisely. In an interview with Cafe Mom, Candace exclaimed that she’s proud of her work on Hallmark movies and her kids don’t have to worry about real-life events popping up in her work.

“To be honest, I would highly doubt that Hallmark will touch on it because I know that Hallmark is a place — it’s a destination for people to get away from all of the craziness in life,” Candace explained. “I think that’s why people love these movies so much is because it’s just good, wholesome entertainment.”

Aside from her successful acting career, Candace also became a co-host, talk show panelist, producer, and author. Since January 2011, she released four books: Balancing It All, Dancing Through Life, Kind is the New Classy, and Reshaping it All. In addition, Candace has three children’s books and a series of devotionals with DaySpring.

Candace Cameron Bure debuted her new QVC collection that’s inspired by her personal style. During the live show, her daughter Natasha Bure modeled the collection. The size-inclusive collection includes ready-to-wear items that match both QVC’s mission and Candace’s modesty. Together, they created a collection that is high-quality and affordable.

“Clothing has been something I wanted to do for so long. I just love fashion and I always have since I was a little girl. Partnering with QVC was a natural fit,” Candace told People. “I love being able to directly engage with fans through the screen and the social media platforms.”

Candace has been working on this collection for a year. She wanted to have a line that fits a wide variety of women. It’s also a plus to have a collection that both mom and daughter could wear. Natasha loves the tie-dye pieces, while Candace loves wearing denim jackets and jeans.

Check back with TV Shows Ace for the latest news on Candace Cameron Bure.