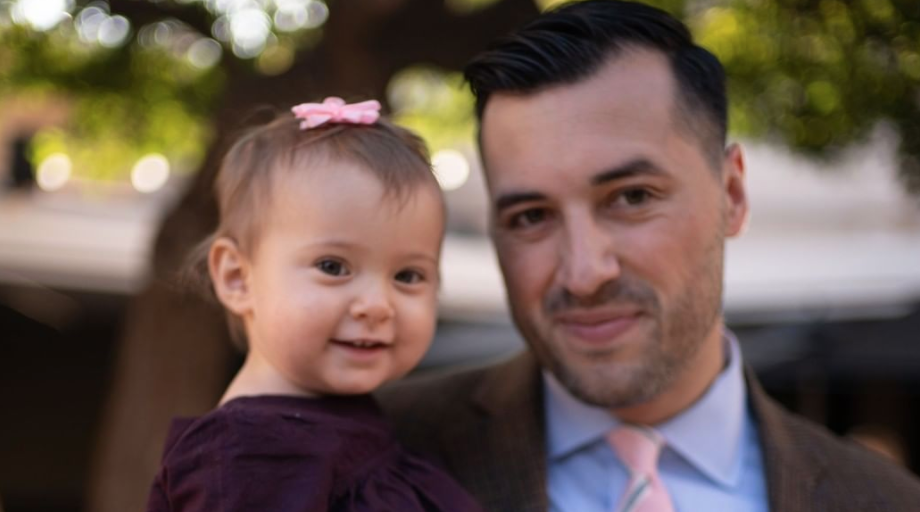 Counting On stars Jinger Duggar and Jeremy Vuolo moved to Los Angeles, California so he could go to seminary to become a pastor. The pair moved there from Laredo, Texas in July 2019. Fans haven’t heard much about Jeremy’s progress at the Master’s Seminary, so they are looking for an update.

In the comments section of one of Jeremy’s latest posts, a fan asked, “Jeremy, are you still studying to be a pastor at the Masters University? You and Jinger have written this book and started the Hope and Stead web business, but you haven’t posted anything about your theology classes in quite a while. Just wondering if that’s something you’re still doing…?”

Jeremy didn’t reply to the fan directly, but he receives lots of comments from his social media followers every day, so there’s no way for him to respond to all of them. It looks like Jeremy is still in school right now and is set to graduate in May. Notably, Jeremy is currently under fire for his controversial and harmful religious teachings. So, that could affect how easily he gets a job.

Jinger and Jeremy Vuolo may remain in LA once he’s a pastor.

In her Instagram stories, Jinger gave fans an opportunity to ask questions. One fan wanted to know if the family is moving soon, which may have been prompted by rumors about their house being for sale.

In her response, Jinger says, “We love LA! Jer is still in seminary, so we’ll have to see what the Lord has for us when he’s done. We’re in no rush to leave!”

It sounds like it’s possible that the couple will relocate once Jeremy graduates. It’s likely that his career will play a role in where they end up. So, it may be some time before the family figures out where they are heading next. If it’s up to them, it looks like they will try to stay in LA for as long as possible. 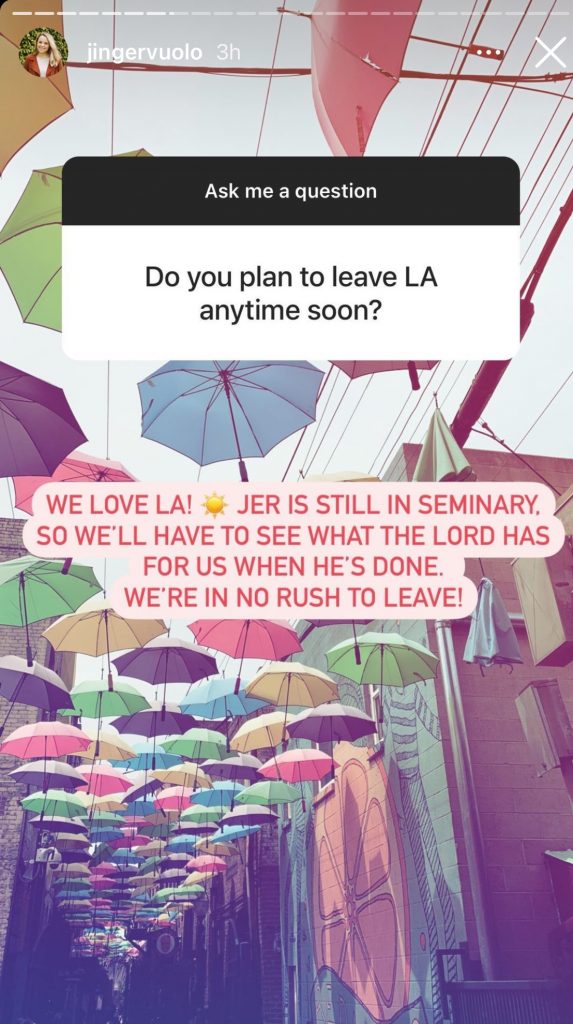 Jinger and Jeremy truly seem to enjoy living in LA. They post lots of pictures of themselves and their kids exploring the new city, trying out new restaurants, and more. Aside from Justin Duggar, Jinger is the only one to move out of Arkansas.

So, do you think that Jeremy and Jinger Vuolo will remain in Los Angeles once he becomes a pastor? Do you have any idea what might be next for them? Let us know in the comments below.

For more updates about the Counting On family, check back with TV Shows Ace.