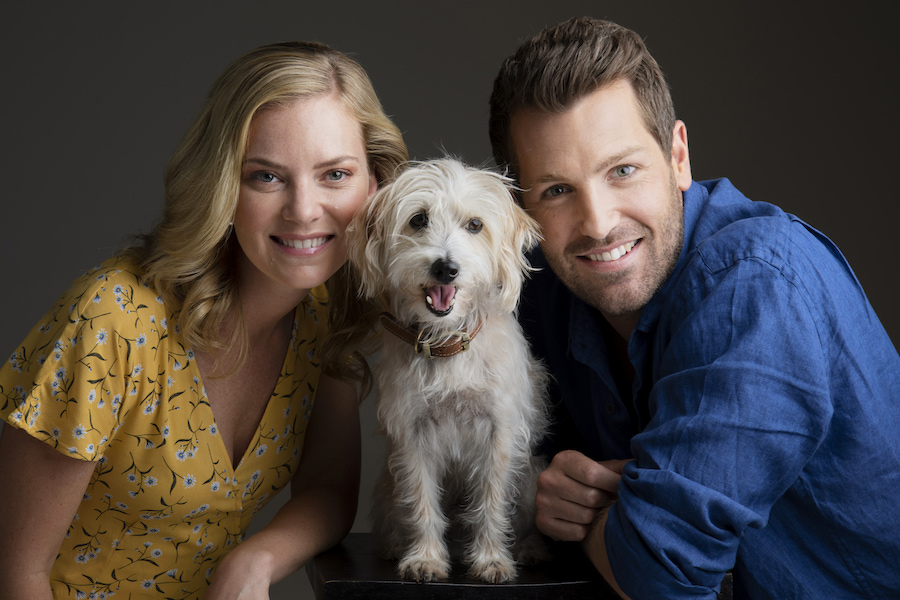 Ready to see a romance in the land Down Under? Hallmark’s new movie, Hearts Down Under, promises beautiful scenery and Aussie hospitality. This movie stars  Cindy Busby (Chasing Waterfalls), Tim Ross (Harrow) and, Naomi Sequeira (Pearl in Paradise).

Are you ready for a romance Down Under?

What Is Hallmark’s Hearts Down Under About?

According to the Hallmark synopsis, New York restaurateur Caroline (Busby) has her hands full with her own restaurant. So, when she learns that her beloved aunt has left her a café – in a faraway small town, Lemon Myrtle Cove, Australia – she is touched, but it seems like the last thing she has time for.

However, she realizes that heading to Australia is the perfect opportunity to clear her head. What Caroline finds in Australia is a bustling café – with less than impressive food. She makes a point to say as much to one of the locals, Simon (Ross), not realizing he’s the café’s chef.

In a hurry to get back to her life in New York, Caroline decides to fix up the café and sell it. The problem with doing that in a town the size of Lemon Myrtle Cove is that the only available contractor for miles happens to be Simon.

Although they didn’t start on the right foot, Simon agrees to help Caroline with the project. In the process, seeing the area through his eyes, she begins to fall for the place and him.

Hallmark’s Hearts Down Under Filmed In Australia

Was Hallmark’s new movie, Hearts Down Under, actually filmed in Australia? Yes, it was. Based on Cindy Busby’s Instagram account, it looks like it was filmed before the coronavirus pandemic.

Last year, The Unleashing Mr. Darcy star was in several movies. It is not clear why this was not released sooner. It could very well be because Hallmark was unsure of the ability to film new movies. Also, the network devoted a lot of time to Christmas movie marathons.

Moreover, Hearts Down Under was labeled a Summer Nights movie, with a May 22 premiere date. The good news is that it will be airing soon.

When Can You Watch Hearts Down Under?

In addition, be sure to hop on Twitter premiere night. The Hallmark stars and other viewers will be live tweeting. Learn some fun tidbits and enjoy watching this new movie along with your virtual friends. Be sure to follow the hashtag #HeartsDownUnder.

Don’t forget to catch the premiere of Hallmark’s Hearts Down Under, on Saturday, April 24, at 9 p.m. Eastern, on the Hallmark Channel.