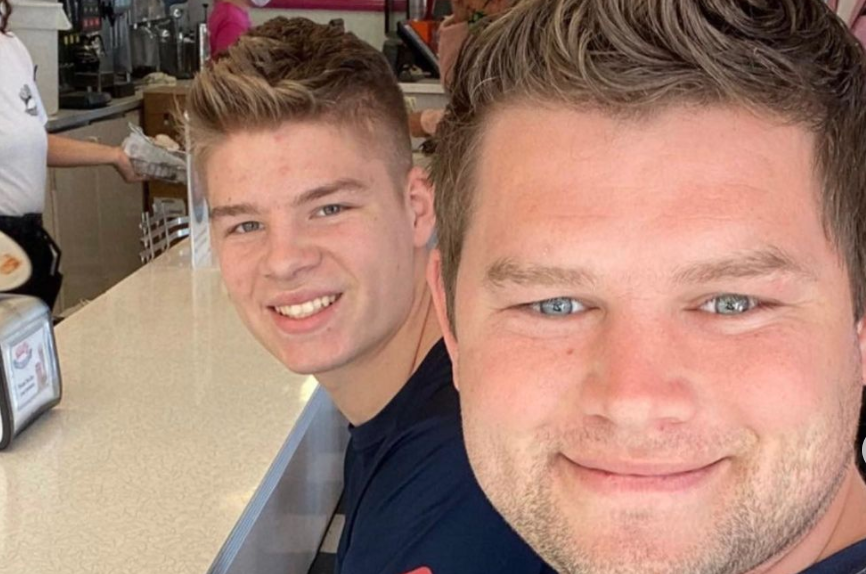 A preview for the upcoming episode of Bringing Up Bates was released on Sunday, April 18. Take a look at what’s coming up for the Bates family, including a big moment for Nathan. Lawson promises that it’s a “fun episode,” so viewers have lots to look forward to.

In one part of the new trailer, Gil says, “Nathan’s got another fire burning that he wants to talk about.” So, the 27-year-old chats with his parents on the porch. Josie Balka says, “I have heard rumors of Nathan talking to a girl.”

The conversation featured in the sneak peek is pretty short, but Gil and Kelly do get a couple of questions in. Kelly wants to know how far into the relationship Nathan is. Gil asks if they’re friends or best friends. Nathan’s response is left out of the preview, so there’s plenty for fans to wonder about before the episode airs later this week.

Because the show is a little bit behind, Nathan is just getting to know his now-girlfriend, Esther Keyes. Fans who follow the family on social media know that the pair seems to be really serious now. They first made their social media debut in January 2021.

In the clip, the family also celebrates Kelly’s birthday. Her birthday is October 26, 1966, so she’s 54 now. Due to filming and production times, the season is airing a little bit after she actually celebrated her birthday.

In the sneak peek, the family gathers for their mom’s birthday party. Shortly after her birthday, Kelly is going to have surgery. So, while everyone is together at the party, they take a moment to pray for her. While Kelly is acting like she’s not concerned about the upcoming surgery, Gil points out that she is pretty anxious about it. It looks like her whole family is very supportive, which she appreciates.
Kelly has gastroesophageal reflux, so she needs to get surgery to correct the issue. Previously, Gil talked about Kelly’s health and pointed out, “She’s just too young and beautiful to be suffering like this.”

You can catch the sneak peek of Bringing Up Bates Season 10 Episode 3 here.

We're celebrating Kelly Jo's birthday on this week's all new episode of #BringingUpBates! Don't miss it this Thursday at 9 PM ET on UPtv! pic.twitter.com/wrqKnorQAr

So, will you be watching the new episode of Bringing Up Bates? Let us know what you think of the preview!

For more news about UPtv’s Bringing Up Bates and more previews, check back with TV Shows Ace. Don’t miss the new episode Thursday at 9 PM ET on UPtv.