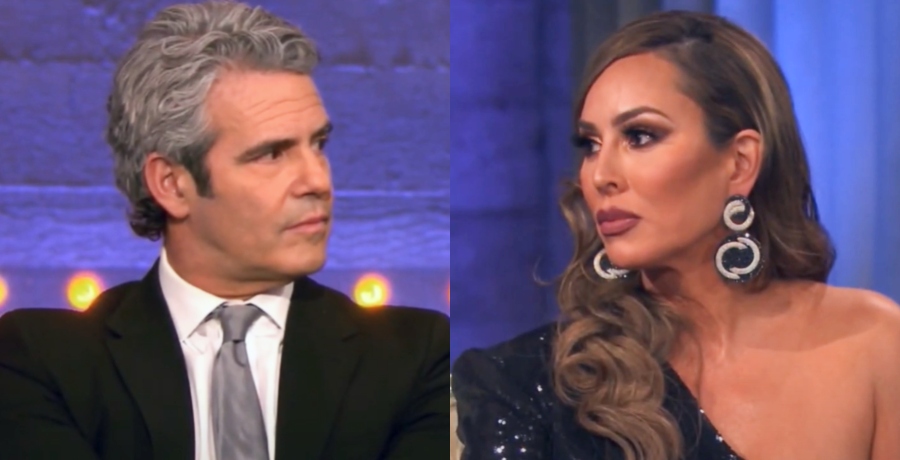 Andy Cohen doesn’t agree with Kelly Dodd when it comes to her political views. He does, however, support her right to have her own personal beliefs. Fans know she’s had a lot of opinions about COVID. She didn’t shy away from sharing her opinion that it’s God’s way of thinning the herd. She also wore a problematic hat that said, ‘Drunk Wives Matter.’

When speaking about her and what happened with Vanderpump Rules, when Stassi and company were let go, he made that clear. He said with the four fired from VPR, “they’re not the Obamas, okay. They’re not holding public office. They’re bartenders and waiters at Sur.”

What Did Andy Cohen Say About Kelly Dodd?

Andy Cohen does think Kelly Dodd’s stance on COVID is, “troublesome,” according to Vulture. He said there are, however, a lot of people who agree with her. He doesn’t think it’s right not to allow her to have her opinion.

Andy went on to say the opinion in Orange County where Kelly is leans to that side by the majority. In a world where there’s a sharp divide those types of opinions can bring extreme love or extreme hate on social media. Kelly retweeted the article from Vulture of Andy defending her. Fans had things to say about it. One said, “I totally agree… I don’t watch them for being role models or for their political views. I’m a hardcore Democrat and I don’t really care who they voted for.”

Another with a different opinion said, “Having those beliefs are one thing, but constantly publicizing those beliefs is gross when said views include bigotry and uneducated ramblings.” Several others said the show wouldn’t be entertaining if every member was woke. More said it would be different if Kelly was liberal, no one is talking about Braunwyn Windham-Burke. Either way, Andy’s opinion is controversial and certainly got the discussion going on Twitter and Instagram.

With Kelly, Andy Cohen basically said, she makes for good television. He stated, “It’s more interesting to sit in the moment with people that you have a rooting interest in and watch them find their way than it is just turning out the lights and forgetting it existed.” While he said that about firing the Vanderpump crew, it applies to Kelly as well. He’s hinted before he thought the abrupt firing of the Bravolites might have been too hasty.

Andy went on to say the line is blurry between celebrating outspokenness and condemning it. He said, “Bravo is meant to be escapism.” Putting the stars on trial for their political views, “doesn’t seem fun to him.”

How do you feel about Andy’s opinion on reality stars and their political opinions? Do you tune in to Bravo for escapism? Comment with your thoughts below.