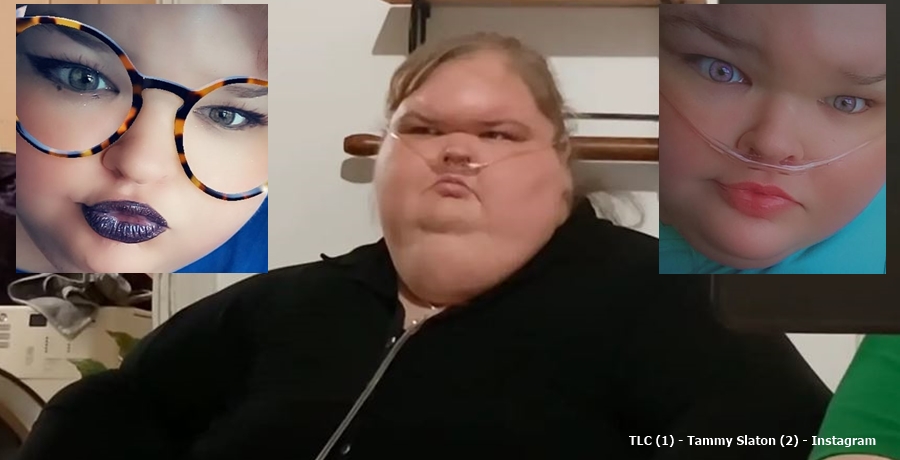 Tammy Slaton sometimes tells her 1000-LB Sisters fans off. Giving it straight from the shoulder, when she grows fed up with critics, she just tells it like it is. However, sometimes TLC fans feel she treats her fans badly. Well, as she says, she won’t take BS from anyone. Now, she grew tired of people suggesting that she uses filters and demands that people start giving her the “credit” she “deserves.” Presumably, that’s because some people think she made no effort to lose weight.

Tammy Slaton looks like she lost some weight, wants the credit for that

Earlier this month, Amy Halterman’s sister took to her social media and shared a nice selfie. Comparing it with her early days on the TLC show, she probably shed a lot of pounds. However, fans worry as she still using her oxygen and looks a bit unwell. So, if she uses filters that slim her down, then she’s not doing herself any favors. The reality is that she could die within five years. TLC fans saw that in Season 2, the doctor said he couldn’t do much for her and sent her away to therapy.

At the end of Season 2, Tammy Slaton talked about finding a care facility where she could lose weight and get her health back. Lots of rumors sprang up about this and talk arrived that she ended up in one. Actually, TV Season Spoilers even discussed rumors that while she was in a nursing home, she allegedly became romantically involved in an affair with a security guard at the facility. Furthermore, rumors came out that she physically assaulted a member of the medical staff.

Later, she claimed she never moved into care, but some people think she denied it because of her NDA with TLC. Wherever she is, the 1000-LB Sisters star seems sick and tired of rumors and innuendo. So, she took to Instagram and told off her fans. In her video clip, she said that fans must “give [her] the credit she “deserves.”

1000-LB Sisters star tells fans she is what she is

Tammy Slaton sat in front of her camera on April 17. Still wearing her oxygen tubes, she told fans, “It doesn’t matter if I use photoshop or not.” Additionally, she said, “y’all gonna give me your bullsh-t just so you can’t give me the credit that I deserve.” Proving her point,  Tammy then leaned right close into the camera, saying, “Just …whatever…this is unfiltered!”

TLC fans who support the 1000-LB Sisters star agreed that Tammy Slaton needn’t “justify” anything to fans. One fan wrote, “be the beautiful you -no matter what you wish to use 😘🥰😘.”

Another follower commented, “I believe you my amazing hero so amazing.”

What do you think about Tammy Slaton confronting her critics about the use of filters? Do you agree that even if she uses them, it’s no big deal? After all, she has a lot of other things to worry about, like her morbid obesity. After all, her doctor told her she might end up dead within five years.