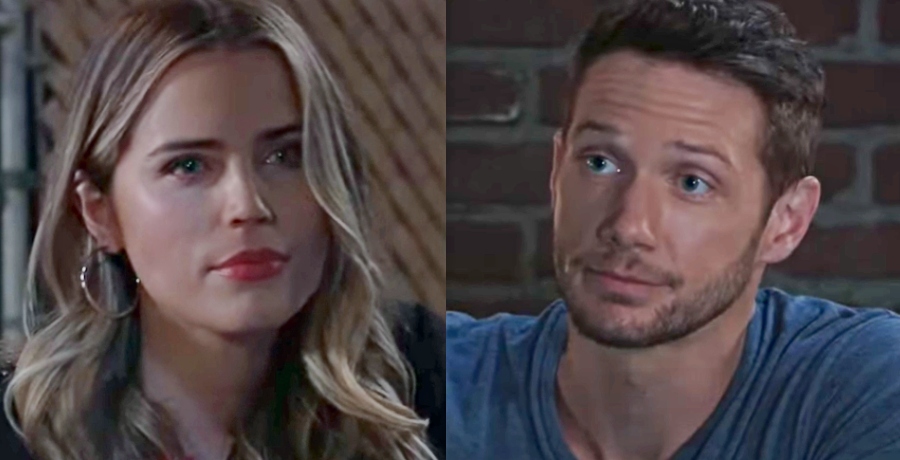 General Hospital spoilers for Friday tease that there’s more with “Brasha” on the way. After months of friendship and banter, Sasha and Brando finally threw caution to the wind and got frisky in the garage. They’ll face the aftermath of this romp during the April 16 show and viewers are hoping for more passionate moments.

The Aftermath Of Sasha And Brando’s Steamy Interlude Is Ahead

Until Thursday’s episode of General Hospital, Sasha and Brando hadn’t really toyed with the idea of anything romantic. Viewers could tell that the sparks were there. However, neither of them “went there” until this latest encounter.

Once Brando learned she and Michael had called it quits for good, it was game on. Viewers didn’t get to see much more than an intense kiss and fogged up car window. Despite that, the clothes and shoes strewn about revealed they’d thrown caution to the wind.

The General Hospital preview for Friday promises more with Sasha and Brando. Will they regret what just happened between them? It seems this conversation comes after Sasha had gotten dressed again and headed home. She’ll start off by noting she needs to talk to him “about last night.”

"Can I help you?" #GH pic.twitter.com/MjBdNluzt4

In true soap opera style, General Hospital writers moved forward slowly with this Brasha romance. Many fans have been rooting for this Sasha and Brando pairing to happen, and they’re eager to see more.

“THE CHEMISTRY BETWEEN SASHA AND BRANDO IS SIZZLING,” one General Hospital fan tweeted after Thursday’s scenes.

“Brando and Sasha have chemistry I haven’t seen in a while that I love from #gh. I feel like in time and with the right storylines they’ll have that super couple factor,” another fan tweeted.

General Hospital spoilers reveal little more about what comes next for Sasha and Brando, but the conversation during Friday’s show should be telling. Learning Michael had fallen for Willow was devastating news for Sasha, but viewers know there’s trouble brewing for that pair of lovebirds.

Before Willow could tell Chase she was in love with Michael, Chase needed to be rushed to General Hospital. Chase ended up being Peter’s victim in his poisoning scheme, and now Willow’s a bit stuck as his condition worsens. It doesn’t appear that this storyline pops up during Friday’s show, but there’s plenty of action on other fronts.

SheKnows Soaps reveals Valentin and Anna will regroup over their complicated Peter situation. Alexis meets someone at Pentonville who may become an ally, and Nikolas talks with Ava as she voices her concerns.

General Hospital spoilers promise more between “Mike” and Nina in Pennsylvania, and Carly will shake things up at home. Carly and Laura will meet up, and possibly team up, and Cyrus will try once again to stir things up with someone. Things are intense and dramatic these days, and fans won’t want to miss what’s next.