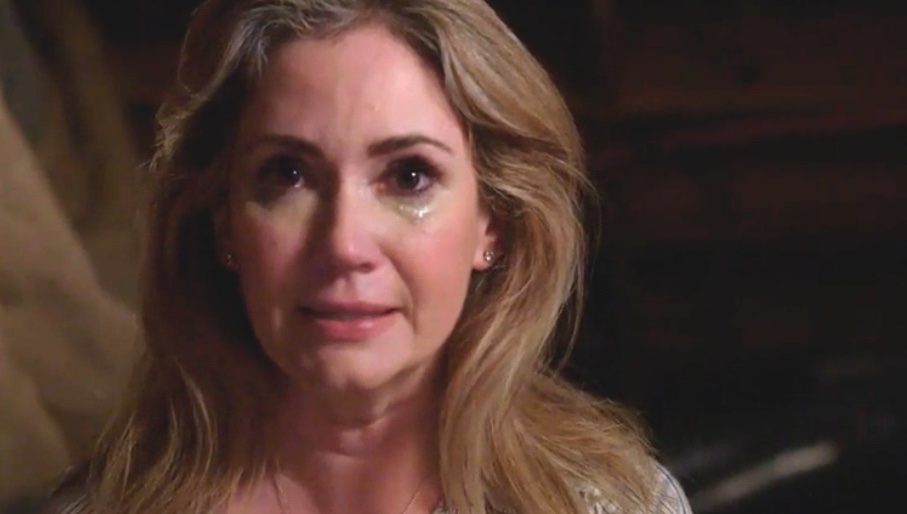 This new LMN thriller is not about one kidnapping, but two! What do we know about this upcoming cautionary tale?

What Is Lifetime’s Saving My Daughter About?

According to the Lifetime synopsis, fifteen years ago, Joanna’s life was turned upside down. Her then three-year-old daughter, Chloe, went missing for six months before being returned. Even though Chloe is now eighteen, Joanna still struggles. She has not forgotten those six horrible months. It is tough to put this behind her.

However, one night, Chloe once again turns up missing. Joanna finds herself searching again for answers and determined to find out if her daughter left of her own volition or has she been kidnapped yet again. Moreover, if so, is it at the hands of the woman who abducted her all those years before or someone else…and why?

Ashley Jones Is An Aspiring Director?

Many Bold and the Beautiful fans remember Ashley Jones as Dr. Bridget Forrester. She has acted in True Blood and has even been a producer on a few Lifetime movies. Now, it appears that she wants to add directing to her resume.

On Instagram, when she announced the premiere of Saving My Daughter, she hinted at what she learned on the set of this Georgia-based pandemic shoot. “Anybody remember the @lifetimetv movie I made last year in Georgia in the height of the pandemic? Well… a name change later, SAVING MY DAUGHTER airs on April 16th!
@lifetimemovies. Swipe for the movie poster:) Love working with you @mikefeifer! Thanks for letting me learn from you and ask a million questions. #shadowing #aspiringdirector.”

Elisabeth Röhm and Ashley Williams both made their directorial debuts on Lifetime in 2021. Could Ashley Jones be next?

Don’t forget to catch Kristen Vaganos in Lifetime’s Obsessed With The Babysitter. In this cautionary tale, dancer Elaine Davidson (Vaganos) has suffered an injury that has sidelined her. Now vulnerable, Elaine is now the object of affection of a psychologist. This “deranged” professional thinks Elaine is the perfect woman.

However, it is not too long before Elaine realizes that he is manipulating her. Moreover, he is using her injury as a way to sway her mind into succumbing to his power. However, Elaine must now escape. She does not want to be part of his frightening and psychotic study. Moreover, she must take the children along with her. Can they get out in time?

Then again, maybe the psychologist has Elaine’s best interests in mind?

Be sure to catch Lifetime’s Obsessed With The Babysitter on Saturday, April 17, at 8 p.m. Eastern, on LMN. This movie promises a lot of thrills!

To save her daughter, she’ll have to take down her best friend. #SavingMyDaughter premieres Friday at 8/7c. pic.twitter.com/boJtK3cWoP

When Can You Watch Lifetime’s Saving My Daughter?

Be sure to catch the premiere of Lifetime’s Saving My Daughter, on Friday, April 16 at 8 p.m. Eastern, on LMN.