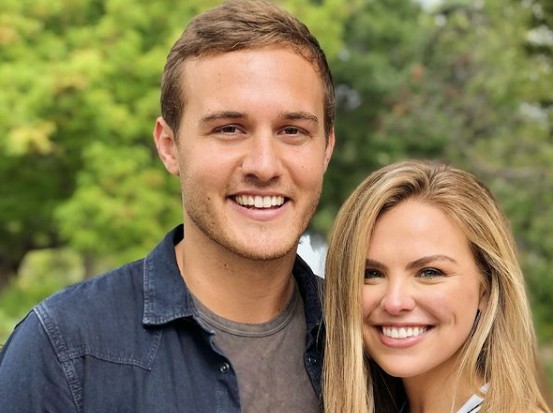 Many fans were hoping to see a Peter Weber and Hannah Brown reunion after seeing their connection during  The Bachelor. She appeared on his season to host one of the group dates. However, she and Peter both became emotional after being around each other. It looked as though he really still had feelings for Hannah. So, did she want him to leave the show for her?

Hannah Brown showed up on night one to see Peter Weber

US Weekly shared all about what Peter Weber had to say about Hannah Brown showing up on his season. Hannah showed up during night one of his time as the lead. Peter recalls parts of what went down were edited out of what was revealed on television.

He said, “I remember the first time that she showed up on my season was the first night with all the limos.” Peter said he was shocked when he realized Hannah was there. He said, “That limo showed up and it just sat there for, like, 15-20 minutes. No one got out. And I’m just standing there. No one’s coming up to me — obviously, they don’t show this part. But I’m just, like, there waiting, like, ‘OK, when’s the door gonna open? What kind of surprise is it gonna be?’ No producers are coming up to me or anything.”

He continued on saying, “At first I was like, ‘There’s no way that’s Hannah, like, there’s no way.’ [I thought] it was a look-alike. I thought it was just this gorgeous girl … and then I realized her smile. That bright smile, like, that’s Hannah Brown, holy s—t.”

Hannah presented Peter with the wings he had given her when she began her season of The Bachelorette. No doubt both were very emotional. Recall, Hannah and Peter spent a night of passion in a windmill that Bachelor Nation still talks about. 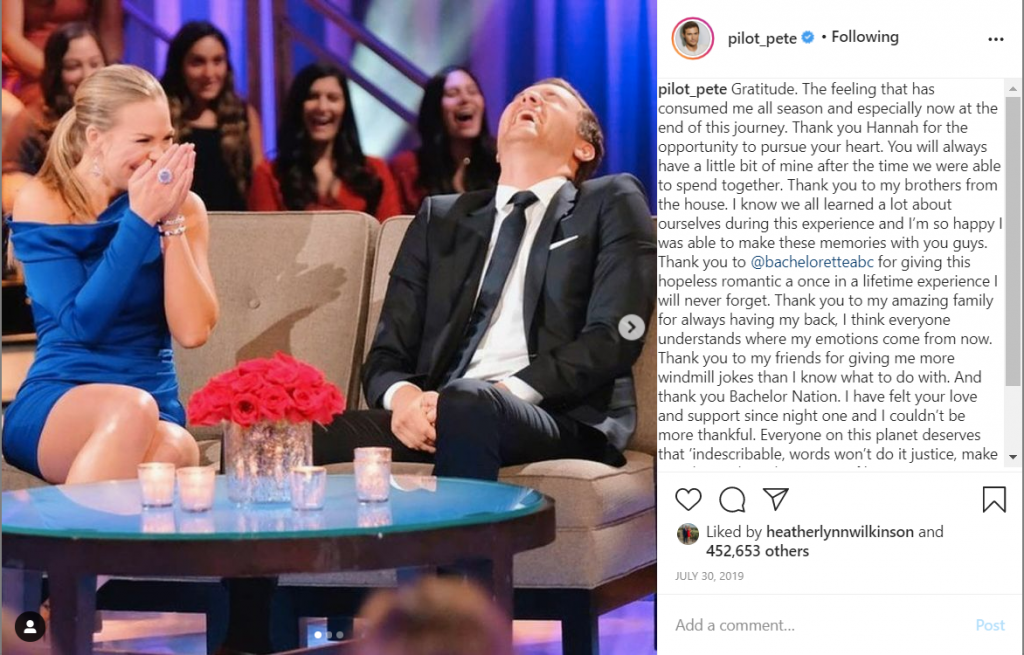 Did Hannah want Peter to leave the show?

When Hannah and Peter had an extremely emotional moment the day of the group date, Peter was ready to leave. He was ready to throw away being The Bachelor to be with Hannah.

Peter said, “I was an idiot, producers probably hated me, but I literally, like, I think they edited this part out, I was like, ‘I’m gonna leave the show, like, if you want to, if you want to give this a shot, I’ll leave right now.’” He continued, “And she’s like, ‘You can’t do that, Peter, you’re the Bachelor, you signed a contract.’ I’m like, ‘No, like, I’ll do it. What are they gonna do to me?’ … I don’t know what I was thinking that day. I was very confused.”

Looking back he thinks he may have been a little impulsive in the moment. Ultimately everyone knows he didn’t leave. While it was obvious at the time that Peter and Hannah had feelings for one another, she encouraged him to stay on the show.

Today, Peter remains happy for Hannah. They went their separate ways. However, he always wishes her the best. Peter said he’ll always have good things to say about Hannah.