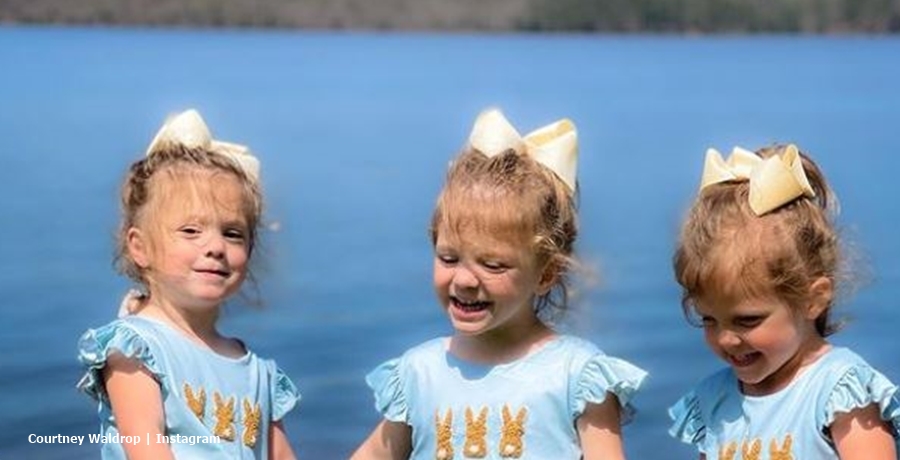 Sweet Home Sextuplets Rayne Waldrop seems so cute as she sometimes emulates her mom, Courtney. The little mini-me also seems quite tolerant of all the other siblings. In fact, she gets on with her life and hardly notices the swarm of kids around her. TLC fans know that Rayne is one of the six little kids. Her siblings include the older twins, Wales and Bridge, and the oldest son, Saylor. Her other five siblings include her sisters, Layke and Rivers. Then there are the boys, Tag, Blu, and Rawlings.

Sweet Home Sextuplets Rayne is so much like her mom

As the babies grow up, their personalities start coming through strongly. Fans noticed that Rayne seems all-girl. However, she jumps into the thick of all those active kids with gusto. Just like Courtney, who copes with massive stress and still comes out smiling, so does Rayne. Perhaps, of all the kids, she turns out the most like her mom. After all, sometimes Courtney describes herself as a “mess,” and she says Rayne’s “a cute little mess.”

Once, Sweet Home Sextuplets fan saw Rayne pick up her mom’s sunglasses and pop them on top of her head just like Courtney. Obviously, she picks up her mannerisms from watching her mom. However, some of her personality also comes through as similar to her mom. Actually, she tolerates her other siblings very well. Like her mom, no matter what, it seems that she copes with everything despite some inconvenience.

Courtney shares about her daughter at the ballpark with her siblings

The older boys play basketball, and that leads into the baseball season. With Eric coaching, Sweet Home Sextuplets Rayne and her siblings all go along to watch the games. The little kids play around happily while their older brothers enjoy their tournament. Certainly, keeping an eye on all the kids takes up most of Courtney’s time. On April 14, she noticed the kids playing in the playground when they attended a game. The photo revealed Rayne climbing on the bars, quite unworried that another kid used her head as a “step ladder.”

In her caption, the Sweet Home Sextuplets mom said that Rayne barely noticed the “dirty foot” on her head.  So, it should be easy for anyone to conclude that she comes from a home with “a whole lot of brothers and sisters.” Courtney pointed out that her daughter’s “totally used to it😂😂😂.” One fan enjoyed the story about Rayne. They commented, “Haha! So funny. Love your captions… I really hope that they will pick you all up for another few seasons, we miss watching them grow. ❤️”

What do you think of the Sweet Home Sextuplets kid Rayne being so tolerant of her siblings? Do you think she learned that patience and fortitude from her mom? Sound off in the comments below.