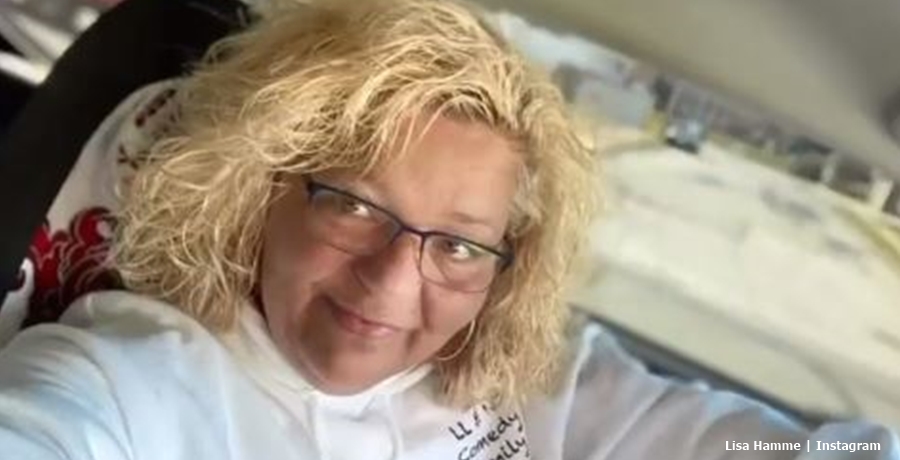 90 Day Fiance Lisa Hamme was on Before the 90 Days with Usman from Nigeria. Many TLC fans compared her to Angela Deem as they both seemed a bit rough around the edges. Falling in the same age bracket, Lisa managed to outdo Angela Deem in a  poll for the “trashiest” cast member in the franchise. Now her followers drop in number, she denies that actually happens.

Lisa received a lot of criticism when she featured with Usman. Firstly, fans didn’t like their age differences. Plus, very outspoken, she used foul language a lot. Actually, both of them accused the other of misappropriating funds, and eventually, Usman, a rapper, filed for divorce. The news came that they separated in May last year. However, Usman claimed she refused a divorce. Anyway, the two now completely parted their ways. Since then, fans didn’t see her on another season of the show.

Rumors arose that 90 Day Fiance Lisa Hamme hooked up with a new man. So those people who love her, and many do, hoped she’d return in one of the spinoffs. However, it didn’t come to much and Lisa pretty much stopped posting on Instagram. In fact, these days, she seems more at home on TikTok. As she only shared about 10 posts in the last month or so, maybe fans grew bored and moved on. Those that she shared mostly duplicated her TikTok content. In her latest post, fans noticed that her following dropped.

Does ’90 Day Fiance’ Star Lisa Hamme Have A New Man? Fans Think So

The poll about the ‘trashiest’ cast member

In March, 90 Day Fiance fans voted Lisa Hamme the trashiest of all the cast members on the franchise over the years. Others who made the top of the list included Angela Deem, Deavan Clegg, The Family Chantel, Pedro Jimeno, and Nicole Nafziger. Coming in at second place on the Reddit poll, Angela came in with 237 votes. However, Lisa topped her with 591 votes. Certainly, it’s not a pleasant claim to fame for Usaman’s ex. Nevertheless, Lisa isn’t known for saying sorry or for changing her rather brash ways.

Taking to her Instagram on April 13, 90 Day Fiance alum Lisa Hamme posted up a card. it read, “Facts,” and under it, the words said, “I’m not competing with anyone.” Finally, it noted, “I hope we all make it.” Whether she felt the need to address the poll or not, isn’t clear. But one follower noticed that her followers dropped. At one stage she had over 120K followers, and now she only has 117K. Lisa denied it and claimed, “bots and trolls have been removed my numbers are very steady as my views are ❤️.”

Of course, that’s possible. Screenrant reported in October last, that she started a second account on Instagram. The @bglthephoenixhasrisen, (unverified), found a following of about 4k followers. Perhaps the second account diluted her following on her main account.

What are your thoughts on 90 Day Fiance alum, Lisa Hamme? Do you think she dropped followers using a bot and troll cleanup? Or, are her numbers diluted with the second account? Would you like to see more of her in the franchise? Sound off in the comments below.