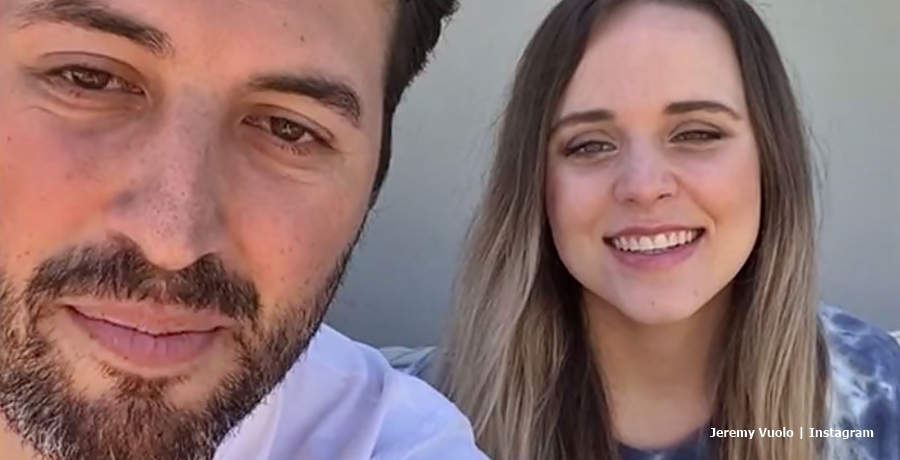 Jeremy & Jinger Vuolo took on a brand new lifestyle when they left Laredo, Texas, and Counting On fans think they seem very fake these days. So, they want the “real” couple to return. Previously the fan-favorite darlings of TLC fans, these days, quite a lot of criticism goes their way. Fans complain that they hardly ever see the couple just acting naturally and without calculation.

Jeremy & Jinger Vuolo – what happened to the ‘real’ Counting On Couple?

When Jinger married her husband, she still seemed very sweet and rather countrified. Moving to Laredo, fans saw a young couple who welcomed a beautiful child into the world. Unpretentious, they seemed happy. And their happiness made TLC fans feel happy as well. However, over time, fans saw that the Counting On stars seemed to deliberately try and fit into the lifestyle of LA’s rich and famous. Hardly any fun comes on their Instagram accounts these days. In fact, most of the time, Jinger looks ill or exhausted, and fans think Jeremy looks smug.

Jeremy & Jinger Vuolo struggle as their changing circumstances affected them, a source leaked. In fact, rumors about a split started after she gave birth to the couple’s second daughter, Evangeline. Well, nobody stays the same, but these days it seems Jermey tries too hard to be a successful Tinsel-Town pastor. Meanwhile, it seems he hardly makes an effort at helping his wife with the kids. The Sun says that the Counting On couple juggle “a new baby, their lifestyle brand and releasing books.”

Apparently, they work on their marriage, so they probably won’t divorce. However, many Duggar fans think they should blame only themselves for trying too hard to act as celebs in a city full of them.

Jeremy & Jinger Vuolo took some heat when he shared a photo of himself. In it, he held a pretty flower and surprised her with it. Well, Jinger revealed a dramatic over-surprised look, so fans claimed it looked totally “fake.” Admittedly, a lot of TLC fans thought it looked like a very nice gesture. Meanwhile, others thought Jinger looked amazingly slim considering he only gave birth a few months ago. However, some critics spoke out about the lost “real” Duggar couple.

One follower slammed Jeremy & Jinger Vuolo as they thought it looked, “cringey AF.” Then, another Counting On fan called it “so fake.” Similarly, a follower claimed, “Trying a bit too hard.” However, another person called them out hard. They noted, “why you guys need to stage moments like these? Yikes guys, you need a break from all the madness, get back to the root of what you guys used to be, probably to the authenticity you guys had in Laredo 🙏🏻.”

What are your thoughts about Jeremy & Jinger Vuolo these days? Do you agree the “real” couple disappeared and everything seems so staged? Sound off in the comments below.