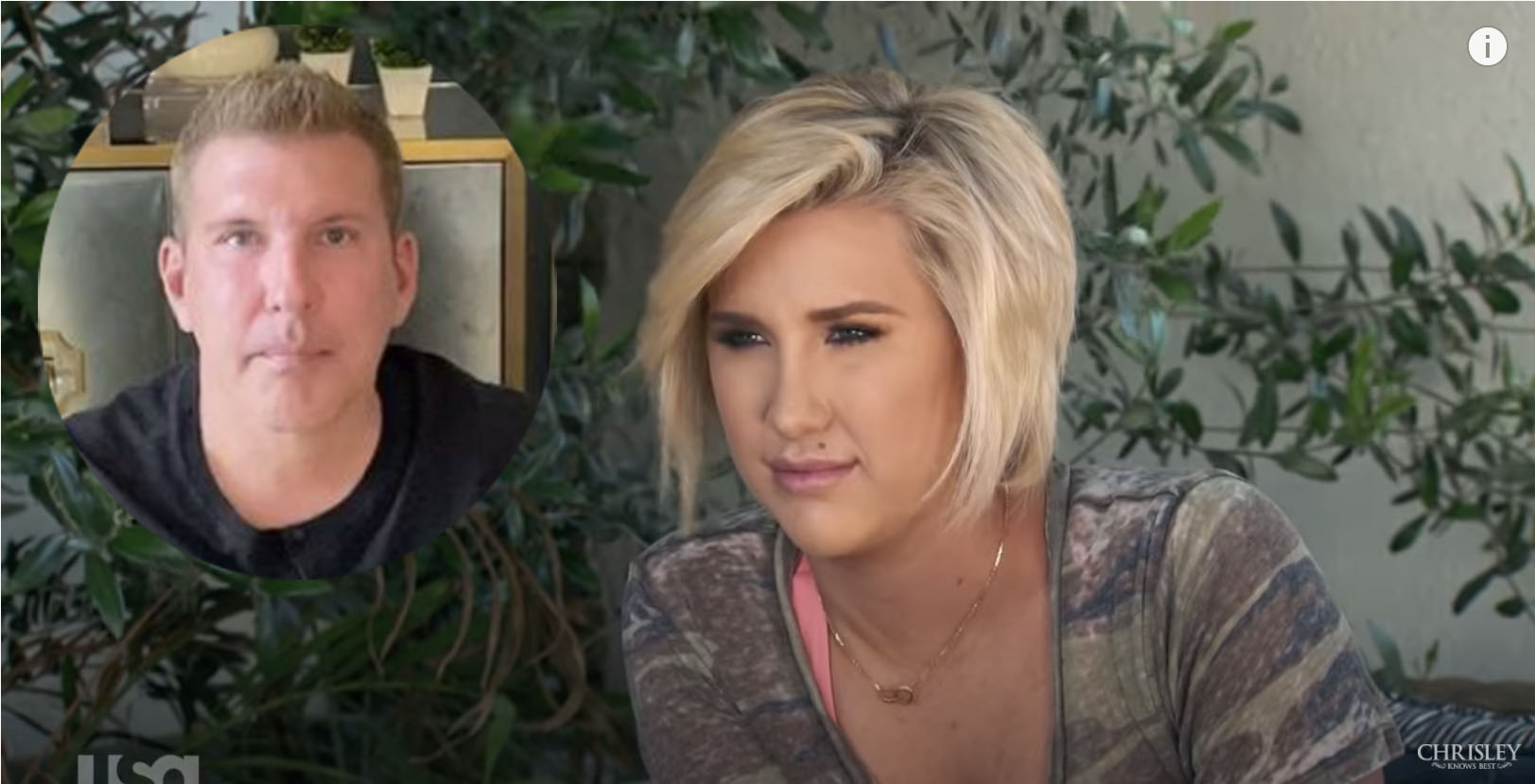 Luckily for Chrisley Knows Best Savannah Chrisley fans, she is starting to become more active on social media. Assumably she took a social media hiatus due to a stalk situation. Listeners of Chrisley Confessions get to hear all about this terrifying situation on a recent episode of the podcast. It seems that the scary situation is under control. Just days after her father’s birthday, Savannah shares a photo of herself with her father. However, the photo and lengthy caption concern fans of the reality television family.

Just days after Todd Chrisley’s birthday, his daughter, Savannah takes to Instagram to share a sweet tribute. She begins the caption with “Appreciation post: This photo may not be the best angle or the best whatever… but it’s THE BEST photo to me!!’ She says this because they’re not facing the camera for the photo. Actually, it looks like they’re walking away from the camera.

Much like her birthday tribute to Chrisley Knows Best Todd Chrisley, Savannah shares some sweet sentiments about her father. “This right here… this MY DAD.. and he’s a man like no other!” Sweetly, Savannah goes on to share some touching insight into their father-daughter relationship. “When I sit back and remember all the countless times that he’s carried me on his shoulders (literally and figuratively), I am convinced that God knew what He was doing when he chose this man to be my dad,” pens Savannah.

Next, Savannah shares some of the important life lessons Todd taught her throughout the years. “The one man that has always encouraged me to reach for the stars was him. He’s taught me to love Jesus well, people well, and most importantly… love myself well!” explains Savannah. The next lesson is important, and probably part of the testament to how Savannah is so successful at only 23 years old. “He’s taught me to be a lady but to NEVER allow a man to think he can outsmart me.”

In closing, this Instagram post proves to be an ordinary appreciation post that highlights an extraordinary father-daughter duo. “Today, I just watched my dad… and he made me so proud to be his daughter,” writes Savannah. She goes on to say that this picture has been them since she was born and “it will be us until the end.”

What do you think about Savannah’s touching tribute post to her dad, Todd Chrisley? Let us know your thoughts in the comment section below. Come back to TV Shows Ace for more Chrisley Knows Best news.