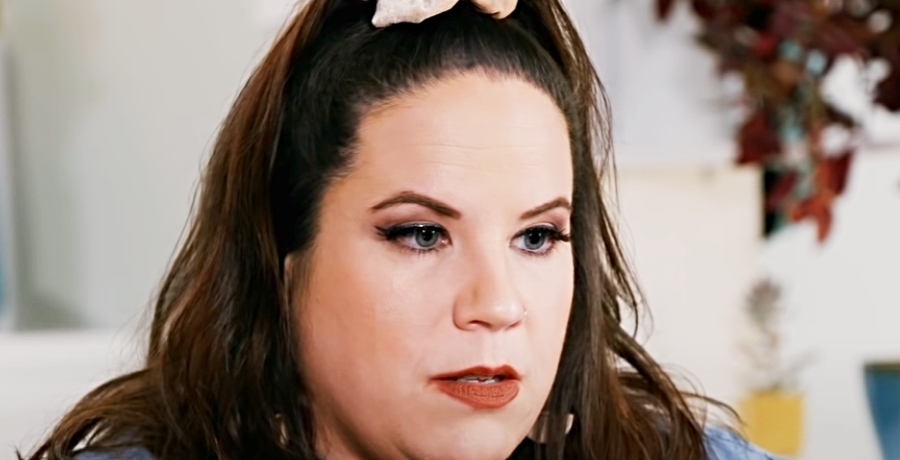 TLC’s Whitney Way Thore ended her season of My Big Fat Fabulous Life and then became totally boring fans think. In fact, in the last month, she only posted four times on Instagram. Meanwhile, two of those promoted one thing or another. As fans know, interest drops when seasons end but in the past, Whitney usually posted quite regularly. At the moment, fans struggle to find anything to say about their favorite star.

At the end of March, we reported that fans speculated about Whitney. Her photos started looking as though she deliberately hid everything below her neck. In the last season of My Big Fat Fabulous Life, she talked about weight loss surgery. Rumors went around that she might have lost as much as 70 or even 100 pounds. That came when she started sharing those photos carefully angled away from her the rest of her body. So, fans suspected that successful weight surgery might come in a new season.

Possibly, if TLC covers her gastric surgery, she might be under an NDA. Some MBFFL fans think Whitney Way Thore wanted weight surgery for all the wrong reasons. After all, in the last season, TLC’s Whitney Way Thore went on about how no man could love her for her plus-sized body. Recall, most of the show dealt with her heartbreak after Chase Severino split when he got another woman pregnant. On an interesting side note, she even met the baby. Nevertheless, the speculation that Whitney hid her body for the next season crashed and burned at Easter. Two of her four posts revealed her full body in the last month.

MBFFL star clammed up – fans struggle to find anything interesting

At Easter, TLC’s Whitney Way Thore posted up a video of herself skipping. And really, she didn’t look much different than in last season’s Reunion for MBFFL. That makes people wonder if the angled headshots might have been filtered. Or, maybe they were taken at odd angles to make her look much slimmer. Nevertheless, promos don’t fire up much interest and she followed it up with another mostly full body shot on April 6. Comments mainly ranged from “beautiful,” to “Love.”

The next day, a head and shoulders photo appeared on Instagram, and finally, some fans found something worth mentioning. Sticking with the quieter clammed-up approach, TLC’s Whitney Way Thore didn’t even drop a caption. It revealed her sitting and just looking at the camera. Only this time, her hair changed slightly and presented a curly Shirley Temple type of style. Lacking any other drama to talk about, most fans told her she looked “beautiful” and “adorable” with her new style.

Probably, fans of TLC’s Whitney Way Thore might forgive her for clamming up on her social media. After all, outside of the show, she has a very full life. It’s possibly just time for her to kick back and enjoy some freedom from drama.