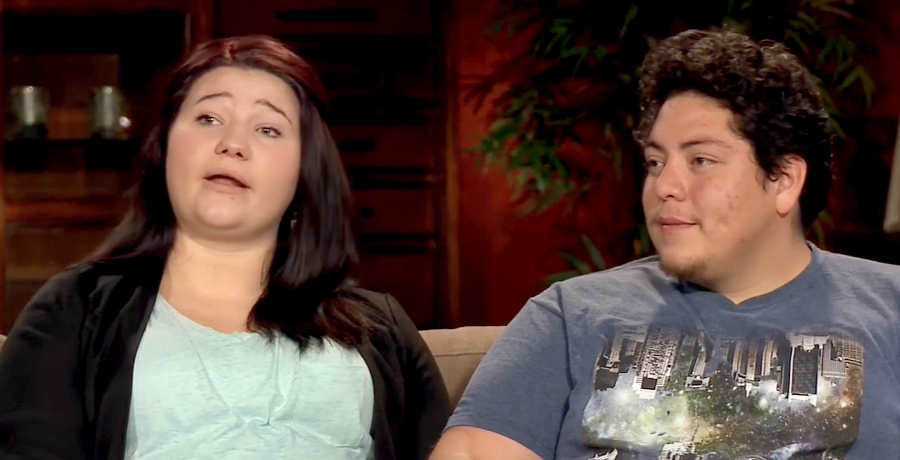 Sister Wives fans have been waiting 9 long months for a new baby to arrive on the scene.  TLC fans and the Sister Wives family are celebrating a big announcement this week! Mykelti Brown and Husband, Tony Padron welcomed their new baby girl into the world — and the pair couldn’t look happier.

Well, it’s official! Mykelti Brown finally had the baby! The TLC network posted the news on their Instagram account Thursday afternoon, giving fans their first glimpse of the new Brown grandbaby. According to TLC, Mykelti’s daughter, Avalon Asa Padron was born Monday, April 5 at 9:37 pm. This perfect little pumpkin weighed in at just under 9 pounds. She measured 20.5 inches in length.

In light of the current state of the world, Mykelti’s birth plan included a home birth with an experienced midwife. The pair were also joined by both of their mothers, Christine Brown and Maria Padron. People reports that while she couldn’t be there in person, fellow sister-wife, Robyn Brown, was able to be present for the entire birth process via zoom. The baby was born without any major complications and is said to be doing amazingly well.

Tony and Mykelti were both thankful for the support from their families and were thankful that their mothers could be there with them — in light of all the current social distancing restrictions. During their recent interview with People, the couple reveals that their families really stepped up over the last year and did everything they could to help. Tony’s family lives very close to their home in St. George, Utah, and have been able to be a constant source of support. Christine Brown was also very present during her daughter’s pregnancy. Despite being much further away in Flagstaff, Arizona, the couple says that she traveled to be with them as much as she could.

“We are both very happy with our baby and the success of our home delivery,” the couple told the interviewer, “We were excited Robyn could join us via Zoom the whole labor.”

Post-delivery, the young couple are settling into their life as new parents. Baby Avalon is healthy and both mom and baby are doing amazingly well. Tony, now 26, says that his wife is the strongest person he knows. He also says that he is “excited to have another player in their team.” According to Mykelti Brown, this moment has been a long time coming for her little family. In a previous interview at the start of her pregnancy journey, Mykelti told reporters that a baby was something they had been planning for since the start of their relationship.

“Tony and I have both been looking forward to having a baby since we were first married four years ago. When we found out we were ecstatic. It was so wonderful when we could tell our family and we were so happy they were all excited with us.” – Mykelti Brown

Baby Avalon Will Be In Good Company

While little baby girl Avalon will be the first child for Mykelti and Tony — she’s coming in as the third Grandbaby to the Sister Wives family. Christine Brown’s older daughter, Maddie, has two children of her own, Axel (3-years-old) and daughter, Evangalynn (1).

Fans of the show are excited for Mykelti and Tony and look forward to hopefully seeing more of Baby Avalon’s story on later Sister Wives episodes.

Stay Tuned to TV Shows Ace for all the latest Sister Wives news! Follow us on Social Media! Tweet us @TvShowsAce