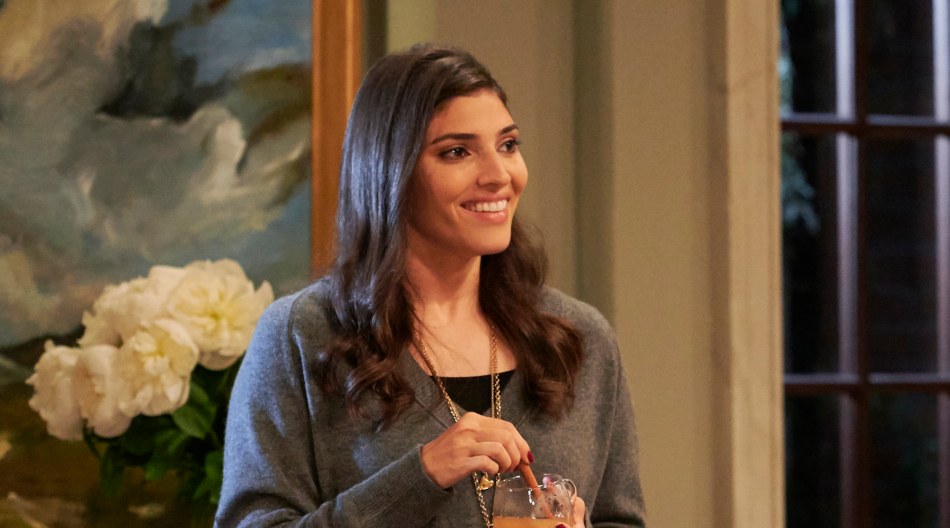 General Hospital fans got confirmation of a storyline twist they suspected at the end of Monday’s show. Now, spoilers tease there’s plenty more to come on Tuesday. Brook Lynn is supposedly pregnant with Valentin’s baby and seemingly ready to give birth at any moment. However, it’s now known that she’s hiding a massive secret about this supposed pregnancy.

For the past couple of weeks, General Hospital viewers started to speculate that Brook Lynn’s pregnancy might be a fake. Monday’s episode brought a showdown between Brook Lynn and her stepmother Olivia over the mom-to-be eating sushi, a suspicious meal choice for a pregnant woman. The twist was confirmed soon after that.

At the end of Monday’s show, Brook Lynn got a moment alone in her bedroom. She sat on her bed, pulled up her shirt, and pulled off her fake pregnancy belly. Brook Lynn is indeed seemingly faking her pregnancy to pressure Valentin into handing control of ELQ back to the Quartermaine family.

The General Hospital sneak peek for Tuesday teases that Brook Lynn will have a heated confrontation with someone. She’ll angrily tell this other person that she doesn’t take orders from them. Willow looks stunned as she stands in the background. Does that mean it’s perhaps Michael who is battling with Brook Lynn? It certainly could be Ned or Olivia as well. However, spoilers suggest that this could actually be Valentin.

According to SheKnows Soaps, Valentin will pop up during the April 6 episode. He’ll see something that catches him off-guard and leaves him flustered or bewildered. Come Wednesday, he’ll be on edge. Perhaps related to this, General Hospital spoilers add that Brook Lynn will need to scramble and be creative.

Whatever it is that Valentin sees, it doesn’t seem that it’s anything that definitively reveals Brook Lynn’s hoax. However, it could be something similar to the other slip-ups she’s made. Since returning home she’s raised eyebrows by doing, eating, or drinking things that are inconsistent with what a heavily pregnant woman would do.

If Valentin does notice something about Brook Lynn’s pregnancy that seems off, her lashing out might be an exaggerated reaction to try to cover up her misstep.

Maxie’s Baby May Factor Into This

Can Brook Lynn really get away with this? Unfortunately, General Hospital spoilers seem to signal that Maxie’s baby will factor into this somehow. Maxie needs to hide her baby to keep her safe from Peter, while Brook Lynn needs to get her hands on a baby to get through her scheme related to Valentin.

In all likelihood, General Hospital fans are not going to be pleased with another baby swap storyline, if that’s where this is headed. Granted, this could turn into a pretty wild situation that will have plenty of Port Charles residents scrambling. Spoilers hint that the next few days will be intense ones for Brook Lynn with plenty more on the way.