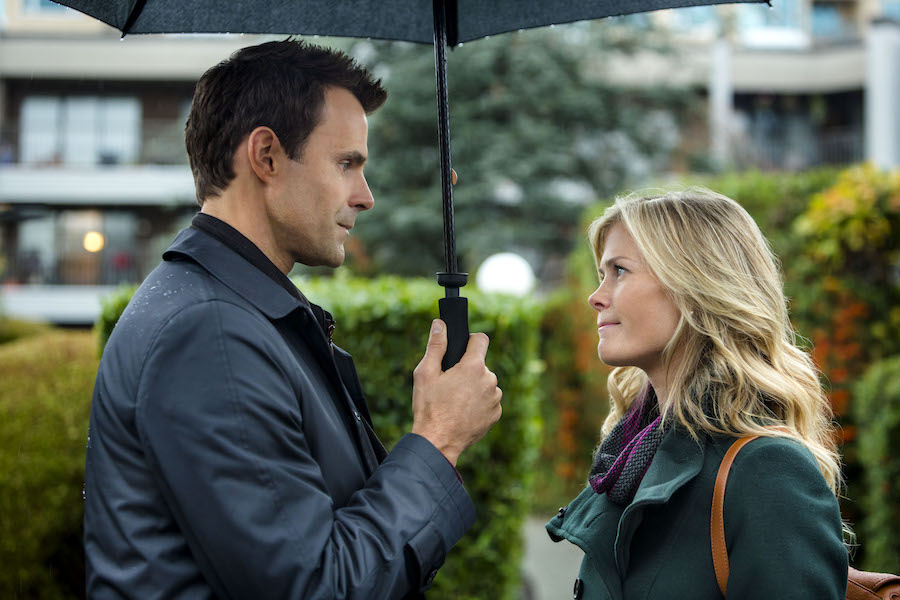 Although Hallmark fans are heartbroken about the upcoming cancelation of Home & Family, many are now hoping that this ending will resurrect the Murder She Baked series. That is the series, based on the cozy mystery novels by Joanne Fluke. In the Murder She Baked series, Mathison (All My Children) starred alongside Alison Sweeney (Days Of Our Lives).

Does Cameron want to reunite with Alison? What is the likelihood that this series will get rebooted?

In the past week, Hallmark fans got the shocking news that Home & Family is ending at the end of Season 9. However, now fans are wondering if this means that Cameron Mathison could return to filming Hallmark movies. Previously, his hosting duties kept him from acting in many movies. Moreover, fans want to see the return of the mystery series, Murder She Baked.

The Murder She Baked series is about Hannah Swenson (Sweeney), a bakery owner who finds herself an amateur detective, in the small Minnesota town called Eden Lake. Her bakery and cafe are where she gets her sleuthing done, that is if love interesting, Detective Mike Kingston, a widowed police officer, doesn’t have his way. He wants her to be safe, and leave the murder investigations to the professionals.

When Hallmark fans are asked which are their favorite Hallmark Movies & Mysteries, inevitably, Murder She Baked is at the top. For example, on Twitter, one fan wrote, “#ChronicleMysteries are good. But, I can’t figure out why @hallmarkmovie would take members from the #MoviesAndMysteries talent pool & mix them up, just for the sake of the setting: Podcaster vs Baker. @Ali_Sweeney & the cast of #MurderSheBaked were perfect. Please bring it back.”

In this request, this fan may have explained the conflict. Alison Sweeney is not only the star of the Chronicle Mysteries series, but she is also a producer. In this series, she is a podcaster, solving unsolved murders. This is in the vein of Serial, the popular podcast. Unlike her series with Mathison, there are no books. Therefore, these mysteries are all original.

She has said “Never say never,” about the possibility of making another movie. What does Cameron think?

Less than two years ago, The International Business Times reported on a fan’s question to Cameron. They wanted to know if the series would return. His short answer was “if the stars align.” The longer one? “We want to, but things just kind of shift and change, and people are working on different things. So, if the stars align, it’ll happen. I think this will happen, I just don’t know when.”

Could the stars be aligned now? Could there be another Murder She Baked mystery in the works? Inquiring Hallmark fans would love to see this happen!