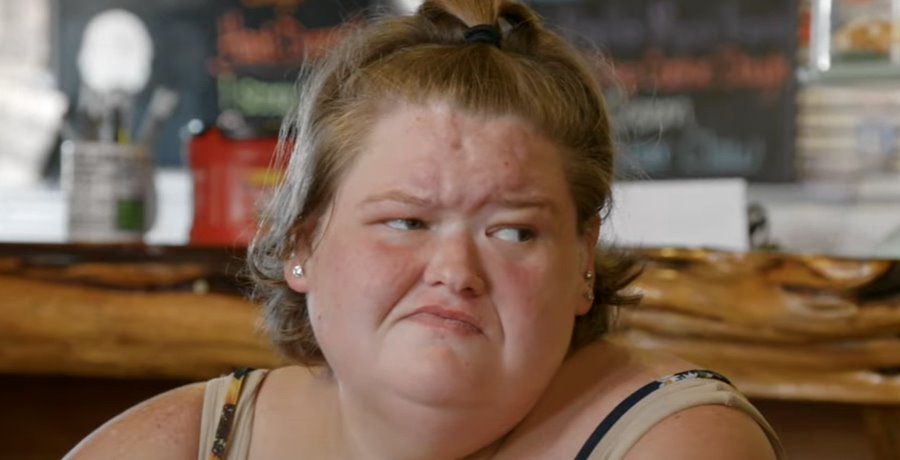 Amy and Michael Halterman of 1000-Lb. Sisters made a pretty big decision recently. While they clearly felt pretty good about the decision… It was not well-received on Instagram. In fact, both Amy and her husband Michael are now being crucified. One follower even asked how “slow they were” to make such a poor decision. What did Amy and Michael Halterman do that has Instagram so fired up? Keep reading. We’ll explain.

Amy and Michael Halterman reveal a huge decision on Instagram

Amy Halterman took to Instagram recently to share a huge decision they made together. She shared a selfie of herself and her husband. Clearly proud of their choice. Turns out, the 1000-Lb. Sisters couple decided to get the COVID-19 vaccine. As those who have been following the news know, this is a very controversial decision. Many hesitate to rush out and get a vaccine that was brought to the market so quickly. Could it really be safe? Is it possible for it to have been tested and determined to be safe in such a short window of time? Truthfully, people aren’t really sure.

After Tammy Slaton contracted the virus and became so sick she was rushed to the hospital… It makes sense why her sister Amy would want the vaccine. Moreover, they have a son together. Presently, there isn’t a vaccine for children. So, children rely on heard immunity from their parents and other adults in their lives from the vaccine. 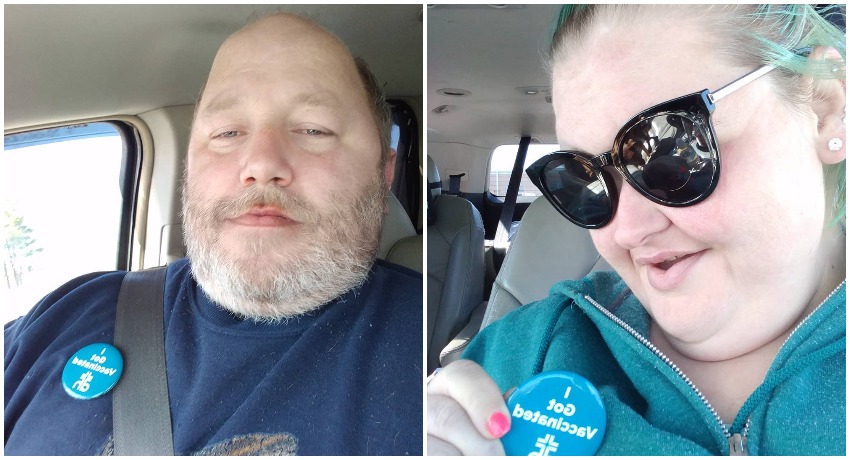 Amy and her husband Michael both look fairly happy in the photos above as they flaunt buttons they got for the decision to vaccinate. Fans can only wonder if her sister Tammy also got vaccinated so she decreases her risk of getting the virus a second time.

Instagram has mixed feelings, most don’t support this decision

One follower noted the “king and queen” made the right decision to get the vaccine. This comment received some love. But, most of the other comments did not share this line of thinking. In fact, many crucified Amy and Michael Halterman for their decision.

“Let’s hope you don’t get any of the horrible reactions to it 😢.” One concerned follower penned in a comment liked a few dozen times.

Another unsupportive follower added in a comment liked just shy of 50 times: “Yeah congrats for getting the Mark of the beast 🙄”

Several other followers were just as turned off by this decision:

While they were far and few between, some followers admit they also got the vaccine. Some were interested in knowing which vaccine she got. But, this information was not disclosed.

How do you feel about Amy and Michael Alterman getting the COVID vaccine? Do you have issues with this decision? Or, are you on the supportive side of the argument? Let us know what you think!