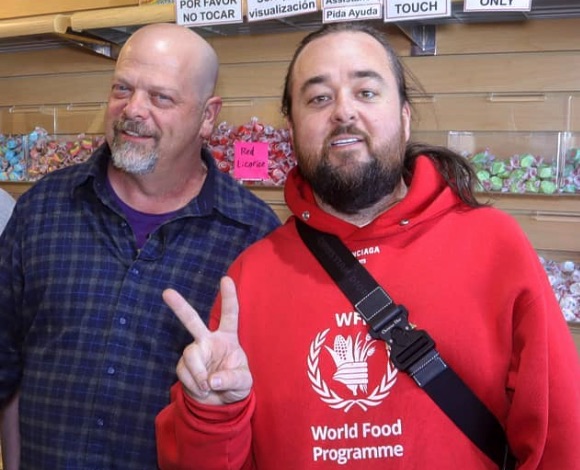 Pawn Stars Season 18 now includes a new Harrison. Meet Jake Harrison, Rick’s son. He is joining his dad, Chumlee, and brother Corey Harrison for the History Channel show. What is he doing at the World Famous Gold and Silver Pawn Shop in Vegas? Moreover, what do we know about Jake Harrison?

On Monday, Rick Harrison went to Instagram with some new Pawn Stars news. He wrote,  “Bringing my youngest son into the family business. Jake makes his debut on Pawn Stars all NEW episode tonight 9/8 c on HISTORY.” Anyone who watched the episode on Monday, March 29, 2021, met the teenager.

Although the show’s fans got to know the late Richard Harrison, also known as the “Old Man,” his son, Rick Harrison, and Rick’s son Corey Harrison, Jake Harrison was not on the radar. That is because he was way too young to work on the show when it started over a decade ago. Now, Jake Harrison is working a summer job at his dad’s place. Is he ready to deal with the wacky things that are brought into the pawnshop?

Rick demonstrated to Jake how to use a tool called a loupe to uncover whether a Rolex is real or fake. A loupe is a very specialized and very strong magnifying glass. Rick coaches Jake to look at the green part of the watch. Jake immediately figured out which watch was fake. He quickly spotted the green paint.

On the other hand, Chumlee is the one who brought the item. That is an expensive mistake that even an experienced pawnshop employee like Chum can mess up.

Time For Some Gaming

On his Pawn Stars premiere, Jake Harrison enjoyed some gaming, with his pawnshop coworkers. Is Jake ready to go full-time at the pawnshop? He already has figured out how to spot a fake Rolex! He is well on his way to making this a career.

However, Corey has already warned his baby brother to finish school. Subsequently, Corey has warned Jake to not get caught in this “trap.” Their middle brother Adam wants nothing to do with the shop. Will Jake Harrison want to continue working on the store? Looks like you need to watch the show to find out.

Be sure to watch Pawn Stars on Monday nights at 9 p.m. Eastern, on History.