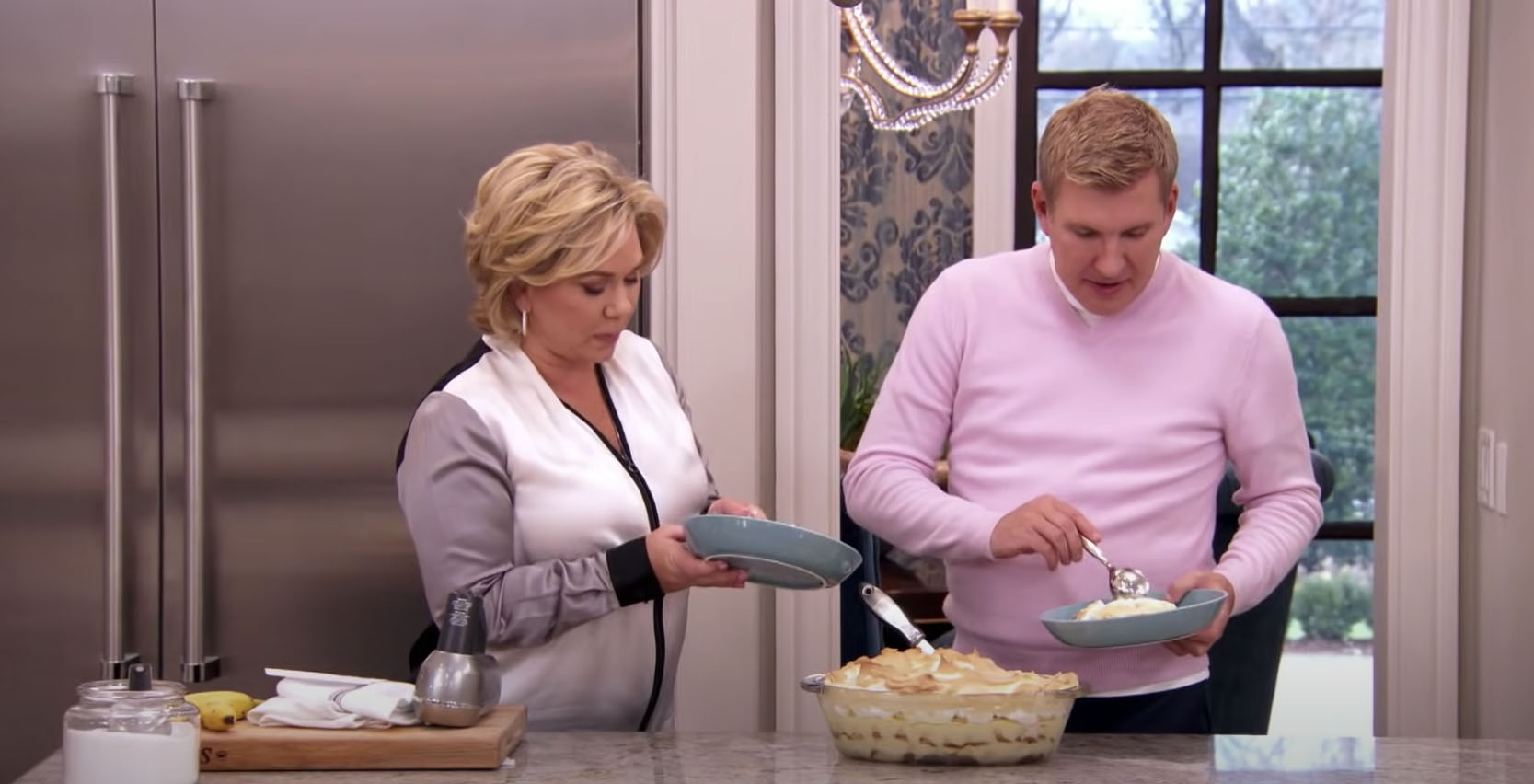 While Chrisley Know Best may have already had their season finale, that doesn’t mean fans have to wait until next season to hear from their favorite reality television stars. Luckily for Chrisley fans, Todd and Julie have a weekly podcast, Chrisley Confessions. Part of the podcast is Todd and Julie answering questions that fans leave them on their voicemail. Keep reading to find out what happens when a fan requests a Julie Chrisley cookbook.

On the most recent episode of Chrisley Confessions, one fan calls in raving about Julie and Nanny Faye’s cooking.  The caller explains how she wants a Julie Chrisley cookbook. According to the fan, with a Julie cookbook, she could really impress her boyfriend. Notably, this fan exhausts her resources before reaching out to Julie direct. She explains that she’s found some YouTube videos with recipes, but she really wants a Julie Chrisley cookbook.

Julie begins by explaining that she has “many, many things in the works right now.” Julie directs the fan to USA Networks site for What’s Cooking with Julie Chrisley. Luckily for anyone looking to learn to cook like Julie Chrisley, there are about 20 different recipes on the website. Consequently, that means there is some sort of demand for fans to learn how to cook like Julie.

Where else can you find Chrisley recipes?

The recipes featured on the What’s Cooking with Julie Chrisley page give some insight into what people can only imagine are some Chrisley household staples. Recipes include Goochies, wet chocolate cake, banana pudding, and chicken n’dumplings.

Shortly after the Chrisley’s began filming Chrisley Knows Best Julie Chrisley kept a blog called The Chrisley Kitchen in 2015. Assumably, Julie gets busy because the blog only has four entries. One entry is a set of photos from a farm trip and the other three are recipes. The recipes on Julie’s blog include strawberry shortcake, Southern mac n’cheese, and heartwarming homestyle biscuits. Add some chicken n’ dumplings from What’s Cooking with Julie Chrisley and fans can easily enjoy a traditional Chrisley meal.

Unfortunately, Julie Chrisley doesn’t give away many details about a cookbook. However, by the tone of her voice, fans seem reassured that there is a cookbook in the works. Honestly, it only seems fair as Todd Chrisley acknowledges that he has a book in the works. Ultimately, Julie assures her that she “has some things on the way.” Fans can only hope that it’s a Julie Chrisley cookbook.

Would you buy a Julie Chrisley cookbook? Let us know in the comment section below. Come back to TV Shows Ace  for more Chrisley Knows Best news.