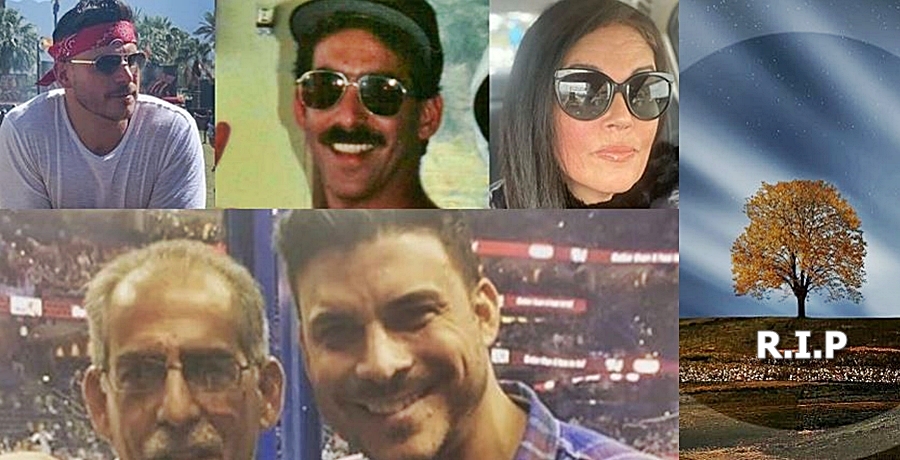 Jax Taylor’s dad came to mind this weekend when Brittany’s mom celebrated her birthday. Actually, it seems rather poignant as Sherri nearly lost her life last year. Plus, you probably recall that his dad passed away, leaving Jax broken-hearted. As he and his mom became estranged after that, perhaps his mother-in-law and her brush with death reminded him of his dear old dad. In his Instagram Stories, the Vanderpump Rules alum remembered his dad on Sunday, as well as complimenting Sherri.

Jax and Brittany’s wedding seemed a long time in coming. Finally, in 2019, the Vanderpump Rules couple tied the knot in style with much ceremony. It all went down at the Kentucky Castle in Brittany’s home state. Cast your mind back to before that huge event. The Christmas season, 2017, came and Jax Taylor gave a sad reveal that his old man passed away. That’s when fans really noticed that for all the drama on Bravo, Brittany seemed very tight with Jax. At the time, he appreciated her loving support as he grieved. When they married, Jax revealed a special chair set out for his absent dad.

On her birthday this year, Jax Taylor’s dad and Sherri Cartwright appeared in his Stories on Sherri’s birthday. Once again, he shared a photo of the wedding. This time, he and Brittany stood with Sherri outside the castle. He captioned it with, “Happy birthday to the best mom-in-law a guy could have.” Possibly, that central point in his life which Sherri attended, and his dad missed, triggered the memories of his dad. So, he also shared two slides about his father.

Slides about the VPR alum’s father on Sherri’s birthday

Sometimes, the mind makes all sorts of associations. The fact that Jax Taylor’s dad passed away, and Sherri nearly did the same, possibly triggered his various overlapping emotions. We reported that  Brittany’s mom went for bladder surgery. However, something went wrong and she ended up in ICU. Later she developed an infection and returned there again. In fact, Jax and Brittany spent a lot of time in Kentucky as she fought for her life. So, celebrating her birthday this year seems special.

Before he mentioned Sherri’s birthday, Jax Taylor’s dad came up. In one slide, he wrote, “My dad would always say, gonna have my phone on all weekend if you need me while I am up north.” Next, he talked about back in the day “parents thought leaving the phone on cost more.” The second slide continued the conversion about his dad. Jax wrote about one of the “funny things” he remembers. At the “end of each text,” his dad wrote, “Dad.” Of course, these days, everyone knows the name of a person texting them from their address book. Brittanys dad-to-be husband noted, “sure do miss my old man.”

Meanwhile, on her Instagram, Sherri Cartwright said, “I want to thank God for letting me see another birthday.” Jax Taylor’s dad passing away, probably makes Jax and Brittany drink to her mom’s sentiment this year. Sweet memories and near-death probably remind Jax to treasure each and every day he spends with his family these days.