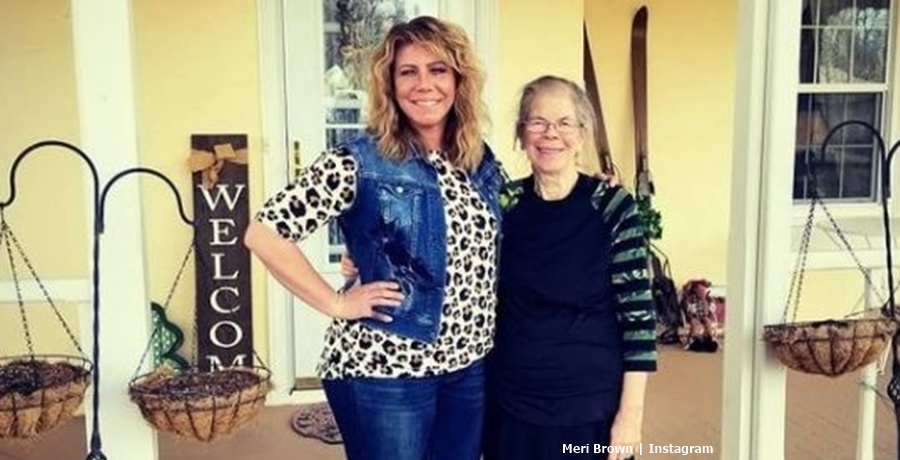 Sister Wives family members reached out and contributed their tributes to Meri Brown’s mom, Bonnie Ahlstrom who died unexpectedly last week. Naturally, Meri’s heartbroken as it came suddenly and she seemed in good health. Fans also adore her mom as they saw her running the Lizzie’s Heritage Inn Bed and Breakfast for Meri in Parowan, Utah. However, some people in the TLC family didn’t mention anything about it on social media. Did a few of them snub Meri as she grieves her beloved mom?

When Bonnie died, the news came on March 27 from Meri Brown. Many of her fans felt terribly sad when they heard about it. After all, everyone knows they enjoyed a very close relationship. And others personally met Bonnie when they stayed at the Inn in Parowan. Worse, Bonnie passed away just 17 days after her 76th birthday. Meri said in a post on her Instagram, “I literally don’t know how I’m going to do the rest of my life without her.” The pain and grief from Meri come over loud and clear. Actually, many fans posted up crying emojis as well.

Sister Wives’ family members responded, but not all of them. Admittedly, there’s no rule book that says people should share their feelings on social media. However as high profile TLC reality TV stars, there are some expectations from TLC fans. Of course, as Meri recently said that she believes if she got sick with COVID-19, she’d have to get through it alone, fans hope the Brown’s stepped up for her when her mom died.

Sadly, with the divisions in the family, Meri suspected she’d take care of herself unless she got so sick she had to go to the hospital.

Who reached out & who didn’t so far?

Sister Wives family mom Janelle Brown commented, saying, “I will miss her so much! She has been such a big part of my life all these years.” Actually, a lot of fans thanked her for speaking up on Meri’s Instagram. One of them noted that now’s the time people should set aside their differences and support Meri who seems alone. Additionally, Christine’s daughter Ysabel commented, saying, “Love you marmee! my heart hurts!”

Starcasm noted that a message about Bonnie Ahlstrom’s passing also appeared on Lizzie’s Heritage Inn’s Instagram. So did any Sister Wives family members pay tribute over there? On that post, Audrey Kriss, Mariah’s fiance liked the post. Bear in mind, Mariah’s directly related to Bonnie, who was her blood grandma through her mom, Meri. Notably, Kody Brown never mentioned anything on his Instagram, and we can’t find anything from Christine or Robyn, either.

Meanwhile, On Twitter, neither Kody nor Robyn said anything. Usually vocal Gwendlyn, said nothing yet either. What do you think of the Sister Wives family members like Mykleti and others who never paid any tribute to Meri’s mom Bonnie on social media? Perhaps they just contacted Meri privately. That’s a possibility. Maybe, like Mariah and Maddie Brown Brush, they prefer to grieve in private.  Sound off your thoughts in the comments below.