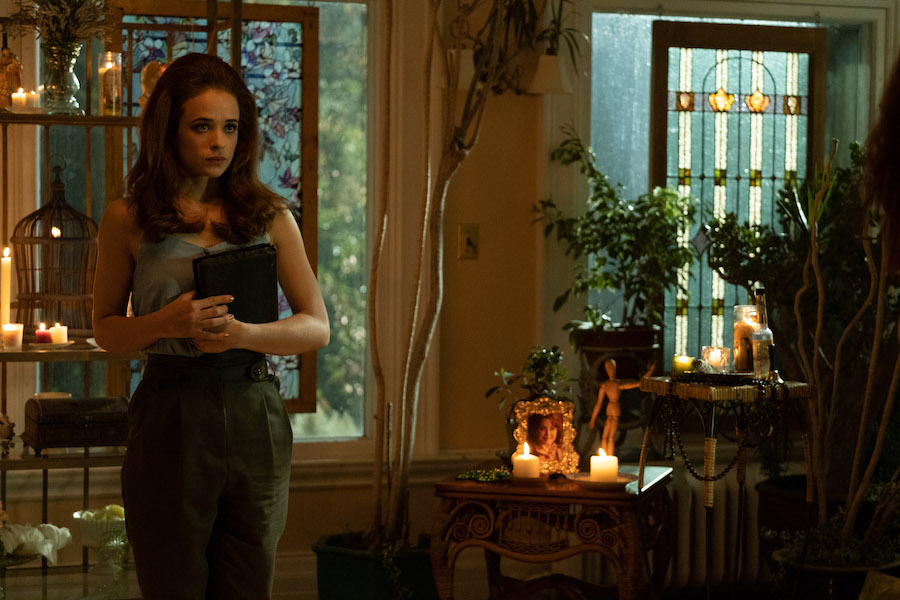 This is the fourth and final Lifetime movie about Ruby, a mother who is hiding some very dark secrets, who only wants to protect her children. Will these secrets get exposed, or will there be more twists and turns?

What Is Lifetime’s V.C. Andrews’ Hidden Jewel About?

Are you ready for Lifetime’s V.C. Andrews’ Hidden Jewel? According to the Lifetime synopsis, Hidden Jewel finds Ruby trying to find a new life for her children. She is desperate to protect her beloved daughter from the dark secrets she harbors.

Raised amidst the privileges in New Orleans, Pearl (Laporte) aspires to become a doctor. But tragedy strikes! An unfortunate accident occurs to one of her twin brothers. It is then that Pearl’s dreams are threatened and Ruby runs, once again back to the bayou.

And when one of Pearl’s younger brothers becomes deathly ill, she must journey to the backwaters to find her mother and uncover the mysterious secrets of her past. What will she find out?

Catch the premiere of V.C. Andrews’ Hidden Jewels, on Sunday, March 28, at 8 p.m. Eastern, on Lifetime. Watching alone? Be sure to go to Twitter and live tweet during the movie. You know you want to discuss the crazy twists!

Will Pearl discover all of the secrets of Ruby's past? Watch the story unfold with #VCAndrewsHiddenJewel tonight at 8/7c. @jenmlaporte@raechellebanno #VCAndrews pic.twitter.com/YMsN8vLQny

What Changed From The Original Novel?

Lifetime’s Hidden Jewel is based on the novels by V.C. Andrews. Speaking to Hollywood Life, Raechelle Banno, who plays Ruby, explained how they did something a little different from the Landry novels. “I think in certain circumstances I’m really proud where we slightly made a left turn here and there.”

What were some of the changes? She went on to explain how they expanded on what was in the novels.  “We’re quite sex-positive in these films, as opposed to I think Ruby in the books quite doubts her sexuality. I thought that it was quite positive that she is enjoying exploring her sexuality, even if it is just romance or friendship with the opposite sex or anything like that. So [it was] tiny little things, but that’s more inside rather than outside. Otherwise, story plot points, we stay really true to it.”

When Can You Watch V.C. Andrews’ Hidden Jewel?

Emily Ratajkowski Gets Cheeky For Special Bikini Sale
Lifetime’s ‘The Holiday Dating Guide’: All The Details
Scarlett Johansson’s ‘Just Cause’ To Stream On Amazon Prime
Kody Brown Refuses To Break His Back For Janelle
The Internet Is Here For Cheap Item At Kardashian Thanksgiving