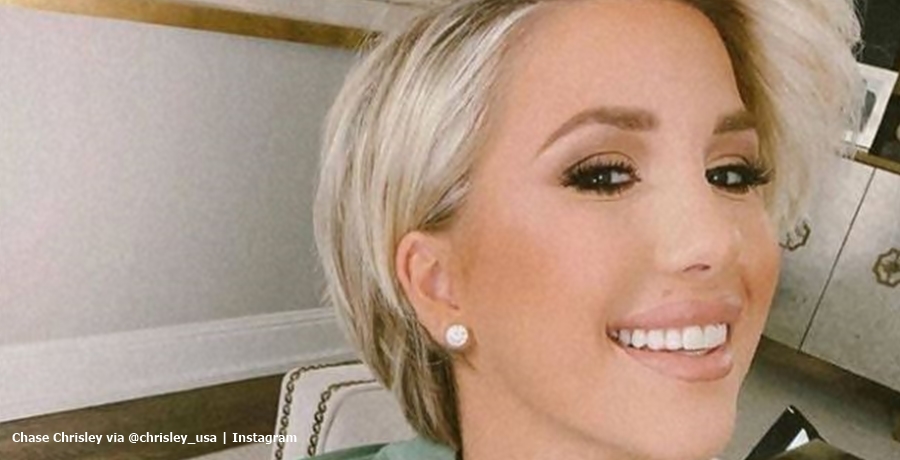 Chrisley Knows Best Savannah, who is still in her early 20’s, elaborated on her decision to freeze her eggs. Last year, she encountered some problems with endometriosis. Todd’s daughter ended up hospitalized and went through some painful moments after surgery. As it brings fertility issues, she opted for freezing her eggs. However, not everyone has that opportunity.

Way back in August of last year, Savannah shared about her surgery. She explained that doctors cut away some scar tissue as it caused her pain. Additionally, they removed a “huge cyst.” Actually, it sounded quite bad as it also spread to her “uterus, ovaries, bladder, and surrounding areas.” An interesting side note is that when the doctors work on that sort of surgery they sometimes pump people up with air. Common with abdominal surgery, it hurts like crazy for a while. Savannah said she struggled with that a bit.

About three months later, Chrisley Knows Best star, Savannah returned to her Instagram and talked about how she might struggle to make babies. So, she opted for getting some of her eggs frozen. That way, one way or another, she might have her own kids one day.

In fact, it’s not all that usual these days. Celebs Kim Kardashian and Paris Hilton both went down that route. At the time, when she discovered her endometriosis might mean that she couldn’t have kids, she shared about it as it helped her cope with the disappointment. Like her dad Todd, Chrisley Knows Best‘s Savannah really hoped for children one day. After all, Todd fathered Lindsie, Kyle, Savannah, Chase, and Grayson. Plus, he took over custody of Kyle’s daughter, Chloe.

Speaking with People Magazine, Chrisley Knows Best star, Savannah explained more about her decision. Once again, she mentioned wanting kids. Actually, it seems that no matter what, she will find a way. She told the outlet, “It doesn’t matter how we get there, just as long as we get there.” Plus, in her heart, she totally believes that being a mom’s part of “God’s plan” for her.  Notably, though, it takes some money in the bank for the procedures and egg storage. So, lots of women might not be able to take advantage of it.

Chrisley Knows Best star, Savannah knows how fortunate she is with a good career and money behind her. Savannah certainly understands how lucky she is to be able to afford the option. Hopefully, one day, fans see their favorite USA Network star find the right life-partner and bring some adorable little kids into the world.

Did you ever struggle with endometriosis? Let our readers know your experiences with fertility in the comments below.