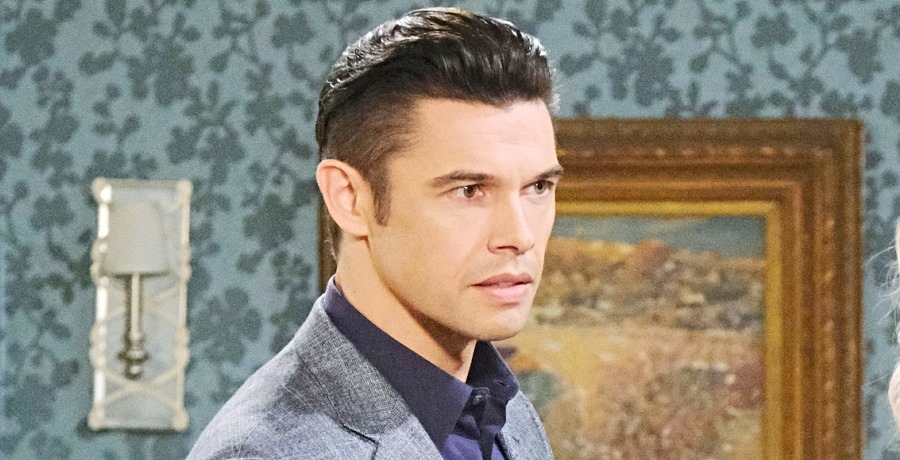 Days of Our Lives spoilers for Monday, March 29, 2021, reveal a bad day for Xander as he wallows in self-pity after Sarah allegedly dumped him right before their wedding. Little does he know what really happened. Will this loss cause him to revert to his evil ways?

Poor Sarah (Linsey Godfrey) ended up in quite a pickle when she discovered Kristen (Stacey Haiduk) out of jail and masquerading as Susan. To make sure she didn’t spill, Kristen reverted to form, stuck Sarah in a coffin, and donned a Sarah mask that magically made her taller and changed her voice.

Days of Our Lives Spoilers: Xander Gets Physical

Dr. Rolf (Will Utay) is such a scientific genius. He even managed to teach Kristen how to make this miracle mask. Remember when she pretended to be Nicole (Arianne Zucker) and Brady (Eric Martsolf) couldn’t even tell she had a completely different body? That’s how Rachel came to be so Kristen figures if it worked once, it might work again.

While wearing the mask, Kristen dumped Xander (Paul Telfer). But, he thinks Sarah dumped him and on Monday he drowns his sorrow in booze at The Brady Pub. Things don’t go well when a drunken Xander takes out his frustrations on both Roman (Josh Taylor) and Philip (Jay Kenneth Johnson). He physically attacks both men and things get ugly super fast. Will Shawn (Brandon Beemer) have to break things up and arrest Xander? 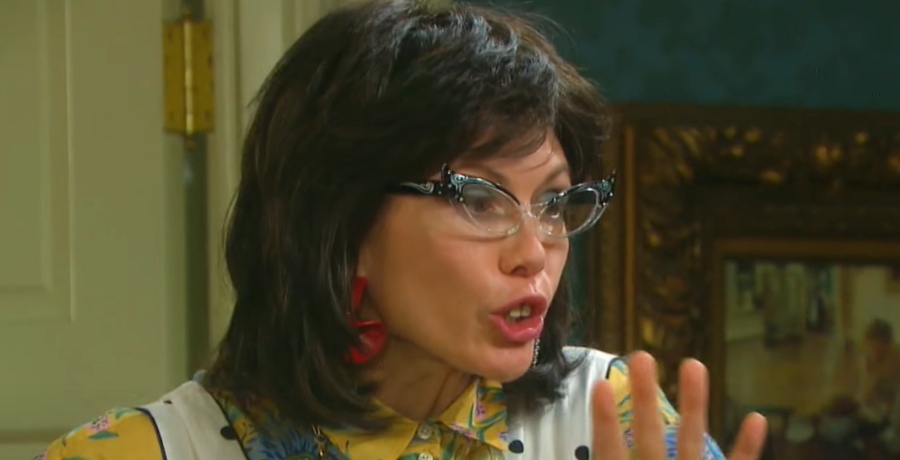 Meanwhile, Kristen continues her ruse as Susan and has a nice, long talk with Marlena (Deidre Hall). The good doctor doesn’t seem to notice anything off with her friend and Kristen is able to glean information from Marlena about what is going on with Brady.

After all, that’s what her entire Susan disguise is all about. She is desperate to be with Brady and keep him away from Chloe (Nadia Bjorlin). Too bad Chloe shows up for a visit, sending Kristen into a tailspin. Will she play nice like she promised or will that inner-Kristen come out, upending her charade as Susan? 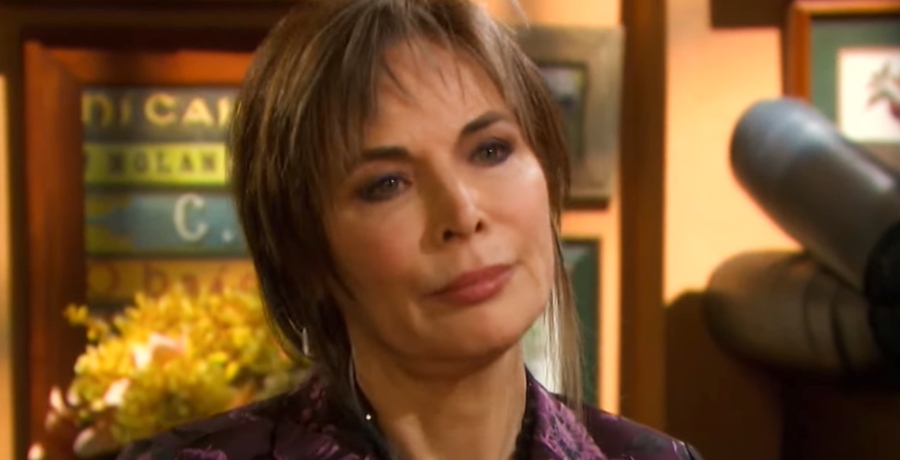 Meanwhile, over at the DiMera mansion, Kate (Lauren Koslow) Days of Our Lives spoilers show Kate (Lauren Koslow) not feeling well. Is it just a simple headache or is something more wrong with her? Whatever it is, this gives Jake (Brandon Barash) the opportunity to prove what a loving and tender guy he can be. Kate sometimes doubts Jake’s loyalty to her, especially with Gabi (Camila Banus) back in the house doing her best to turn Jake’s head. Who will win this war for the latest DiMera heir?

As for Gabi, she spends some time with Philip, which is an unusual turn of events. Do these two have anything in common aside from ambition and a penchant for scheming?