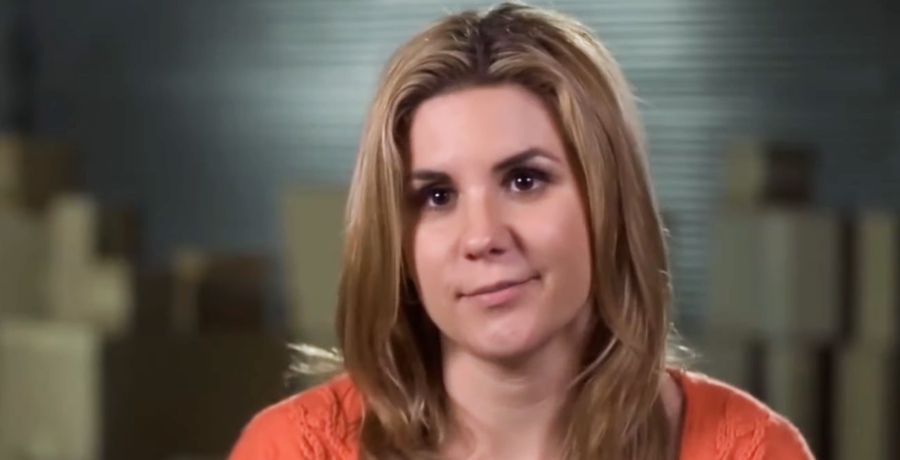 Brandi Passante has been active on Instagram today as she does her part to hype up a new season of Storage Wars. As those who follow the series know, Season 12 of Storage Wars concluded back in January of 2019. Two years later, fans didn’t have very high expectations for a Season 13 happening. After all, most of the cast members seemingly moved on with their lives. Would Storage Wars really be the same if everyone was retired from the auctions?

Things changed when Brandi Passante spilled the beans during an interview that Storage Wars Season 13 was gearing up to happen. Now, there’s been tons of activity on Instagram (and other social media platforms) confusing Season 13 was happening. In fact, as we previously reported, Storage Wars Season 13 even has a premiere date. And, the premiere date is a lot sooner than you might think!

Brandi Passante has remained relatively active on social media even during the two years that the series was off the air. In fact, the blonde bombshell has a pretty healthy following on social media (of nearly 300,000). Likewise, there are several Facebook fan groups dedicated solely to Brandi. The Storage Wars queen frequently puts Instagram creeps on blast revealing just how many creepy messages from followers who find her attractive.

Wait, when is the Storage Wars Season 13 premiere date?

The biggest question most fans have with this information is simple. When is the premiere date for Storage Wars Season 13? Fortunately, you won’t have to wait too long. The premiere date for the new season is right around the corner! Next month — just a few weeks away.

According to Brandi Passante’s latest Instagram post, the Season 13 premiere date is April 20th at 9 p.m. EST only on A&E.

Based on the photo, we can confirm Brandi Passante isn’t just hyping up the new season as an alum. It appears as if the Storage Wars queen is ready to hit the auctions and make some money.

Her followers had a lot of questions

In just an hour since she posted on Instagram, her followers showered the post with over 6,000 likes. They also left just shy of 500 comments. Some expressed overwhelming excitement for this news. Others, however, had understandable questions about the new season. Most of the questions seemed to revolve around past cast members. Here’s what some fans had to say.

“Brandi, any ideas of what Barry is doing these days? Looking forward to seeing the show back on!!” One follower penned.

Was ‘Storage Wars’ Even Real Or Was It Scripted?

Many asked where David Hester was. Others were happy to respond with “Noooope,” that those familiar with the show likely heard in Hester’s voice.

Some questioned if Mary Padian would make an appearance in Season 13. Unfortunately, she wasn’t featured on the promotional picture Brandi shared on Instagram. Likewise, she was mostly featured in the spin-off called Storage Wars: Texas. Fans were excited to see Dan Dotson and his wife Laura on the promotional photo!

Unfortunately, Brandi Passante has yet to respond to any of these questions. Are you excited there will be a new season of Storage Wars?