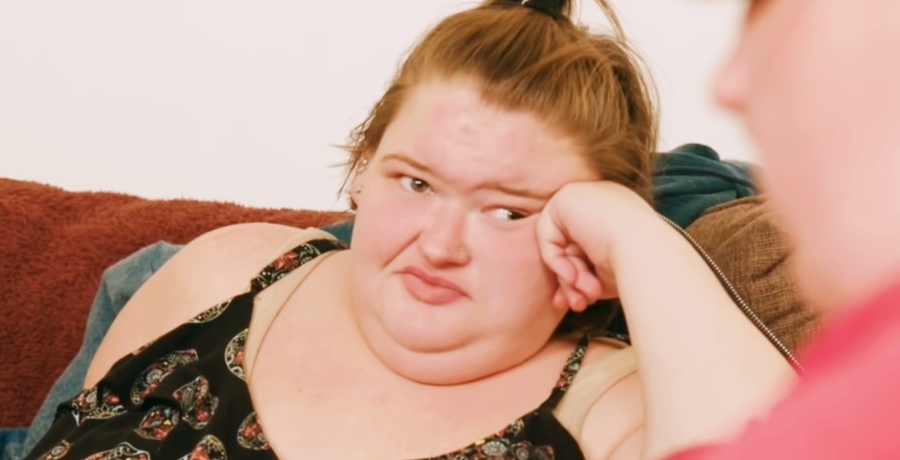 Unfortunately, it sounds as if Amy Halterman had a recent scary encounter with a fan.

To those who watch shows on TLC, Amy Halterman is a local celebrity in the state of Kentucky. She admits people approach her and her husband Michael all of the time in public to take pictures. Turns out, Amy Halterman doesn’t have an issue with fans spotting her in public and wanting a picture. She recently took to Instagram to reassure fans approaching her for a picture was fine. Just come up to her and ask. She’s happy to take a picture with you. But, there are boundaries and safety lines fans should not cross. And, it sounds like something scary might’ve happened recently.

The 1000-Lb. Sisters star recently uploaded a quick video clip to Instagram. If you are a fan of Amy, and you haven’t had a chance to watch it, you should check it out down below. Initially, she starts out the video with her super friendly attitude. She thanks her fans for sending her all sorts of gifts for her son Gage. She really appreciates it. But, then the video gets kind of serious. She points out that she has a P.O. Box for a reason. Amy expects her fans to use the P.O. Box if they want to contact her or send her something for her son.

Viewers can hear the tone of her voice down as she doubles down on their being boundaries that even fans do not cross. She notes that fans should never just show up at her house. They are not welcomed on her property. Moreover, she never wants to receive something in the mail — to her house — from a fan. Truthfully, as a new mother, it isn’t a good feeling to know a stranger that watches her on television has her address.

Are you a fan that wants to send her something in the mail? That’s great. But, she needs you to use her P.O. Box.

Her home is supposed to feel like a ‘safe space’

Amy Halterman explains her home should feel like a safe space for herself, her son, and her husband. She should not have to worry about a fan showing up and knocking on her door. Likewise, she should not have to worry about someone knowing her address and sending her something in the mail. This is why she has a P.O. Box for fans that feel compelled to send her something.

Unfortunately, we didn’t get any details on what happened. But, we can assume there was a scary encounter with a fan recently. Either a fan showed up at Amy’s house. Or, someone sent something in the mail directly to her home. Either way, there are fans with her address. And, Amy Halterman doesn’t like the way knowing that makes her feel. Who can blame her?

Fans of 1000-Lb. Sisters hated seeing Amy Halterman apologize for making this video. Moreover, they were disgusted to learn there were fans crossing this boundary.

“YOU DESERVE YOUR PRIVACY! Don’t apologize for protecting your Family. People and fans should know better,” one follower exclaimed in a comment liked nearly 500 times.

Another added in a second comment liked nearly 500 times: “Even if we were not in a pandemic, NO ONE UNINVITED should not be showing up at your home. It’s DANGEROUS!! Please…PLEASE invest in a home alarm 🚨 system AND a Ring Doorbell (camera)! You’ve gotta protect your family. Love y’all!!! 💖💖💖”

“How did they find your house? That’s scary.” A third added. 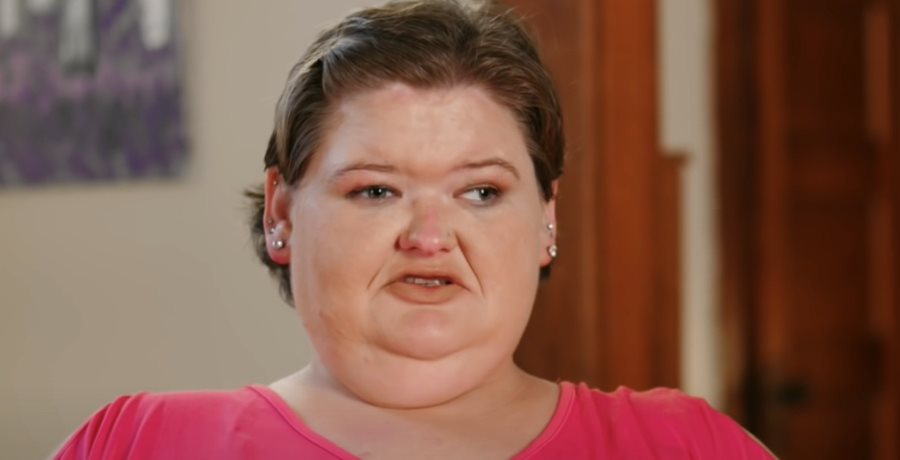 One fan noted Amy and Michael should consider moving. They eluded there is a thread in the 1000-Lb. Sisters fan community that suggested Amy Halterman doesn’t mind fans just stopping by. And, it sounded like this thread could contain their personal address.

Furthermore, most agree Amy and Michael Halterman need to invest in video cameras around the property and a solid alarm system. Moreover, they hoped they would speak to local cops about the issue.

How do you feel knowing fans of 1000-Lb. Sisters know where Michael and Amy Halterman live? Do you think they need to move? Share your thoughts with us in the comments.

Sam Champion Busting Out At Seams, Flexes Muscles
‘DWTS’: Daniel Durant Has A Loyal Fanbase Cheering Him On
Sasha Farber Had An Emergency Surgery After ‘DWTS’ Premiere
Audrey Roloff’s Big Explosion Gets Fans In Uproar
‘The Bachelor’ Alum Eliza Isichei Stuns In A Little Black Dress