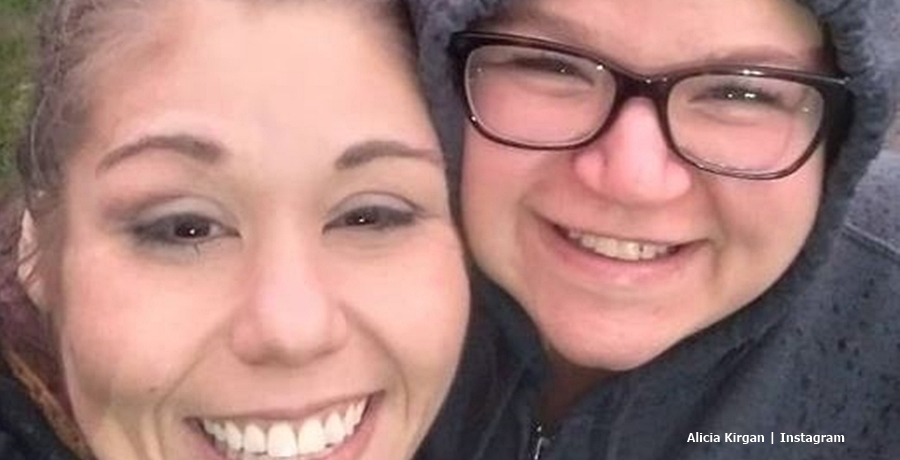 My 600-Lb Life fans heard that 2018 star Alicia Kirgan joined other members of the cast who filed multiple lawsuits against Megalomedia. Later, she also claimed that the editors flipped the script and made her partner, Tim Carter look bad. Actually, we have an update on their relationship as well. Our update reveals how hard she works towards keeping her weight down and her life healthy.

We reported in April 2020, that Destinee Lashaee joined Annjeanette Whaley and Alicia Kirgan in the lawsuits against Megalomedia. In all about 12 of the stars accused the production team of abuse. Destinee, like Alicia, claimed that many scenes were scripted and edited for drama. The physiological evaluations before gastric surgery seemed lacking, incomplete, and done under duress.

Nicki Swift reminds readers that My 600-LB Life star Alicia complained about her psychological evaluation. The outlet noted that she “reached out to producers about her mental health.” However, they provided her with “one scripted therapy session for the show.” Plus, producers insisted she filled in the form the way they wanted. If she got a true or false answer wrong they made her do it again. These days in our 2021 update, Alicia looks in a very good place.

So much weight shed by Alicia, it seems astounding

My 600-LB life fans last saw Alicia Kirgan on TLC in her Where Are They Now episode in April of last year. At the time, she dropped from her original weight of 622 pounds. Following her gastric surgery, she weighed in at 424 pounds. Distractify noted in 2020 that she “dropped a remarkable 366 pounds.” She really looks like she stayed with it. These days, fans think she looks totally fantastic. Fortunately, she remains active on social media, so fans can see her progress.

Towards the end of last year, Alicia shared a photo of herself with Tim Carter to her 3,400 My 600-LB Life followers on Instagram. One fan congratulated her saying, “You look gorgeous and happy. And still with Tim! He’s so sweet and such support. I wish you two a very happy future. ❤️”

But, in reply, the bad news came. Alicia said, “thank you so much. However, Tim and I are no longer together. I will always love him.” Later she said ” [We] love each other very much and support one another in all we do.” Only “time” will tell if they get back together.

That sounds really sad, and this year no photos of Tim appeared on Alica’s Instagram at all. However, she posts a lot about her exercise and she still looks great, fans think.

It looks like 2021 is the year for lots of exercising. On her Instagram, My 600-LB Life fans cans see posts of her at Elevation Bouldering Gym. And, one post revealed she did an eight-mile bike ride with her aunt. Recently, the My 600 LB Life star relocated to Florence, Oregon. She posted up some nice photos of herself enjoying the seaside.

What do you think of the 2021 updates about My 600-LB Life star Alicia? She certainly looks well and healthy these days. Do you agree? Sound off in the comments below.